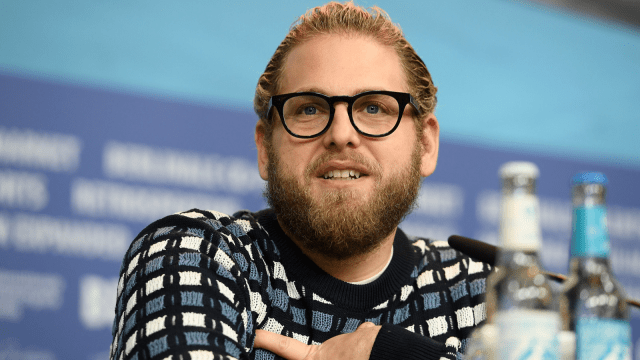 Jonah Hill is speaking out about struggling with anxiety and the big step he’s taking in combating situations that aren’t beneficial to his mental health.

In a statement released by Deadline, Hill spoke about the importance of his upcoming documentary project, Stutz, and his hope that may help audiences understand the ups and downs of mental health, therapy, and other essential tools to help those who are diagnosed.

In addition to the purpose of the movie, Hill also shared something he realized about himself in the making of Stutz, and he’s sharing something vital that he’s adopted in the movie release process moving forward. Hill will no longer be physically promoting his upcoming project or any in the foreseeable future.

“I have finished directing my second film, a documentary about me and my therapist, which explores mental health in general called “Stutz.” The whole purpose of making this film is to give therapy and the tools I’ve learned in therapy to a wide audience for private use through an entertaining film. Through this journey of self-discovery within the film, I have come to the understanding that I have spent nearly 20 years experiencing anxiety attacks, which are exacerbated by media appearances and public-facing events.”

He continued by sharing that he usually “cringes” at statements where a public announcement of this sort is made, but he said the reason for this goes far beyond how he might initially feel about them. Hill is thinking of those who aren’t fortunate enough to take time away when struggling with mental health.

“I am so grateful that the film will make its world premiere at a prestigious film festival this fall, and I can’t wait to share it with audiences around the world in the hope that it will help those struggling. However, you won’t see me out there promoting this film, or any of my upcoming films, while I take this important step to protect myself. If I made myself sicker by going out there and promoting it, I wouldn’t be acting true to myself or to the film. I usually cringe at letters or statements like this, but I understand that I am of the privileged few who can afford to take time off. I won’t lose my job while working on my anxiety. With this letter and with “Stutz,” I’m hoping to make it more normal for people to talk and act on this stuff. So they can take steps towards feeling better so that the people in their lives might understand their issues more clearly.”

The social media realm immediately began reacting to Hill’s announcement, sharing a nod of support for the actor and adoration for the way he is so open and honest about the topic of anxiety. One of those outspoken voices is Josh Gad, who admits he’s also dealt with anxiety for “most of his life.”

In completion, Hill states that he hopes his hard work will do the talking for him and shares gratitude for those surrounding him as he makes his decision. We’re sending our best wishes to Hill as he continues his journey to better his mental health.