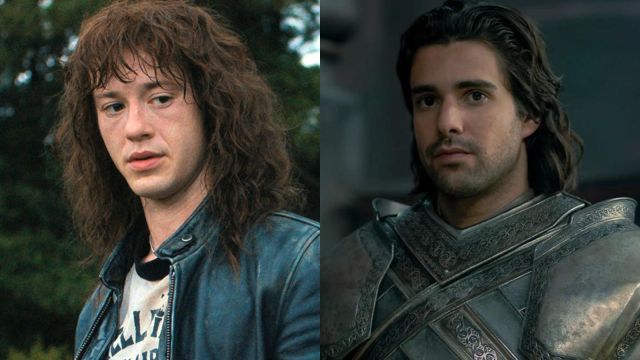 When it comes to starting out in acting, many actors will find themselves rising up the ranks with the peers they started their journey with. This can be especially true for actors hailing from Britain as the country focuses heavily on those that have been through the hallowed halls of some of the most elite drama schools in the world, which is the case for Joseph Quinn and his friend, Fabien Frankel.

In an interview with GQ Spain (translated to English), the actor spoke about how he landed his first job, stating he was “f**king lucky” to have been cast in the 2015 television series Dickensian, whilst in his final year at LAMDA. The famed British drama school has produced such talents as Benedict Cumberbatch, Richard Armitage, Brian Cox, and Ruth Wilson, amongst scores of others, and it was here during his senior year he met fellow acting student Frankel, then in his freshman year.

Whilst Quinn’s role as Eddie Munson in Stranger Things season four saw him reach stratospheric new heights of fame, Frankel went through a similar situation when he was cast as Ser Criston Cole in the Game of Thrones spin-off, House of the Dragon. Both shows have received a huge amount of attention, with Stranger Things being one of the most-watched shows on Netflix ever and House of the Dragon hitting an average of 29 million views per episode. It’s safe to say the shows have changed their lives.

With both of them finding themselves under so much attention from their respective roles, the two can at least relate to one another, as Quinn noted.

“It’s f**king crazy. We have shared similar concerns about how ridiculous this whole situation is.”

Frankel is quick to both praise and mock Quinn at the same time, true to the British way.

“As much as it pains me to say it, he’s always been a brilliant actor, he has always had a certain magic on stage. Unfortunately, we never got to work together, but we have always supported each other.”