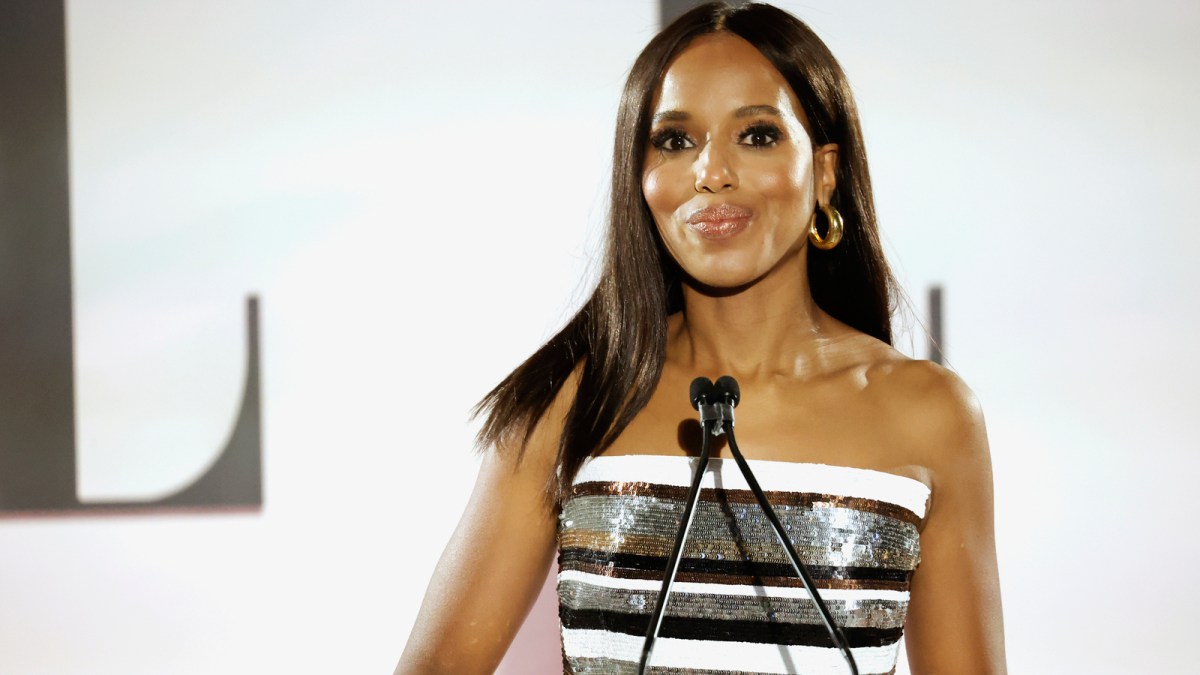 Countless celebrities have guest-starred on The Simpsons over the years, but few have moved to Springfield full-time. And yet that’s what Scandal star Kerry Washington is about to do, as the multiple Emmy-nominated actress is joining the never-ending animated series on a permanent basis to play a new character called Miss Peyton, who will take over as Bart’s fourth grade teacher.

For the first quarter-century of The Simpsons‘ run, Bart was taught by Edna Krabappel, until the popular character was rested after performer Marcia Wallace passed away in 2013. In the years since, Bart’s tussled with a bunch of temporary substitute teachers, including those played by Willem Dafoe and Sofia Vergara. But, with the show now in its 33rd season, producers decided the time was finally right to find a new employee for Springfield Elementary. Enter Washington.

Entertainment Weekly broke the news of the Little Fires Everywhere vet’s casting, as well as revealing a first look at her character (which you can see below). Washington called joining The Simpsons an “extraordinary legacy” to be a part of and teased what we can expect from Miss Peyton.

“She’s a great teacher,” Washington said. “But like all the best teachers, she knows that her students have just as much to teach her as she has to teach them. And teaching Bart is a job filled with growth opportunities.”

“We’re not going to feel like, ‘Oh, this is a new Krabappel,” Omine insists. “Most of our teachers are kind of burnouts, and it’s just a function of comedy. But we thought, ‘Let’s just make this different, let’s make her a good teacher.’ Sometimes it’s hard to find comedy in people that are good, but then you think about people like Leslie Knope. They’re just a bit too much, but they’re good at their job. We wanted to have that kind of teacher.”

Washington — who was cast after she announced her interest in doing more animation work on Twitter — makes her Simpsons debut in this Sunday’s episode, titled “My Octopus and a Teacher.” While she probably won’t return this season, Omine confirmed to EW that the writers are working on various episodes for her in season 34. “Kerry is so busy, but we’re very excited,” she added.