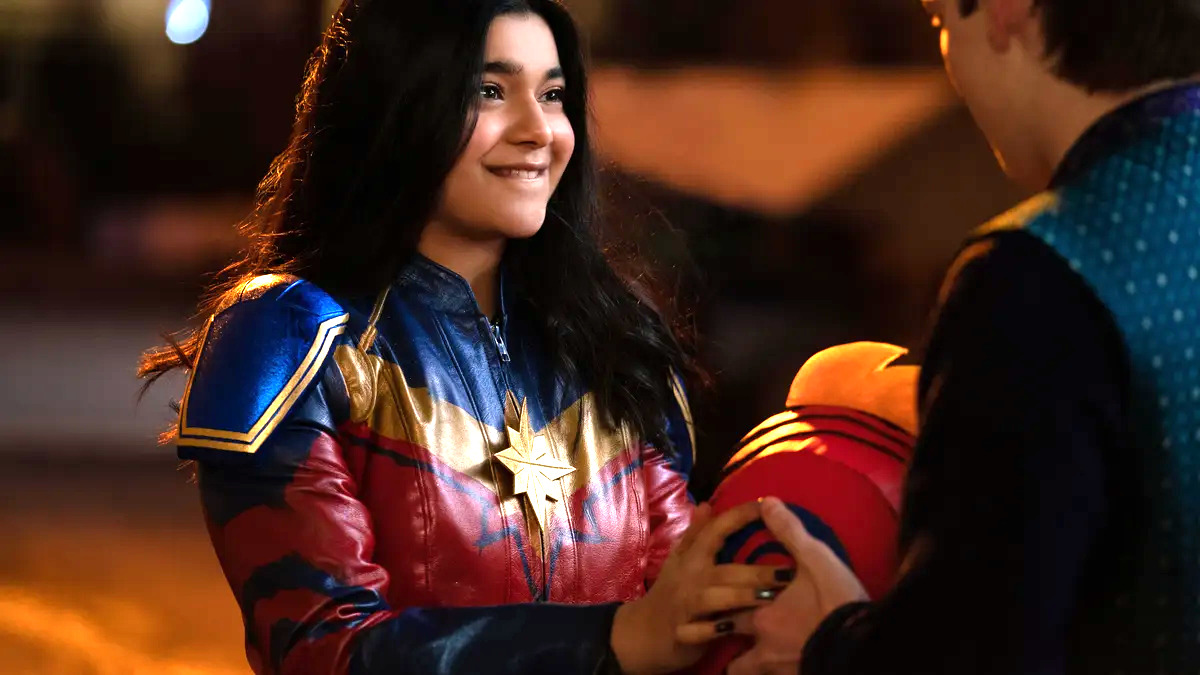 Even though the series is only two episodes in, and it marks star Iman Vellani’s first-ever acting credit on film or television, everyone already knows the Ms. Marvel star is a diehard fan of the Marvel Cinematic Universe, regularly dropping knowledge bombs in interviews or sharing her hot takes on the state of the multiverse.

It must be a dream for a teenager who grew up as a fan of the franchise, and even dressed as Kamala Khan for Halloween a few years back, to play the lead role in a blockbuster Disney Plus show that immediately establishes her as a huge part of the mythology’s future, and that’s without even counting the release of The Marvels next year.

However, it turns out that Vellani hadn’t been catching up on MCU content in the way Kevin Feige intended, after her co-star Saagar Shaikh revealed to Marvel that the company’s chief creative officer had chastised her for watching WandaVision on her phone.

“I’ll tell you a secret. Kevin Feige got mad at her for watching WandaVision on her phone. He’s like, ‘They’re not made for phones! Watch it on TV!'”

Given that Ms. Marvel, Spider-Man: No Way Home, and Loki were all shooting on Marvel’s Atlanta soundstages at roughly the same time, it may have been difficult for Vellani to take her weekly trips to WestView on a larger screen. At least she was dedicated to the cause, even though the experience must have been a mind-blowing one for the young actress.

A lot of people like to lambast the youth of today for watching movies and TV shows on their phones, but only one of them is the architect of the biggest and most successful franchise in history.