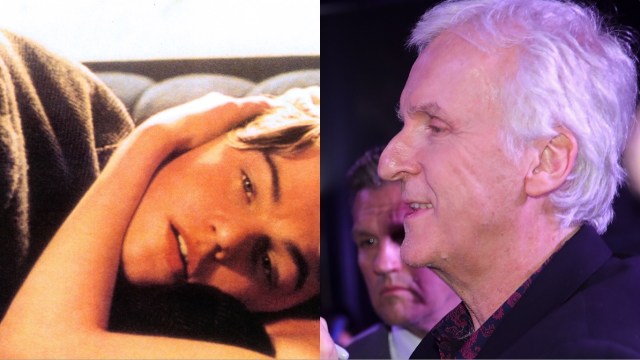 Leonardo DiCaprio may have won an Oscar for going toe to toe with a bear in The Revenant, but his best known role is probably as the lovable rogue Jack Dawson in the epic James Cameron film Titanic. Turns out that perfect casting almost didn’t happen.

Cameron recently did a video about his career so far and he talked about the 1997 film a good bit in it. The film was actually the highest grossing film ever for a while there, so it makes sense that Cameron would have fond memories of it.

When DiCaprio came in to audition for the role of Jack, he apparently had a bad attitude and almost lost the part completely. As Cameron explains, the initial meeting between the two was for a test screen.

“The meeting was funny because I am sitting in my conference room, waiting to meet an actor. And I look around, and all the women in the entire office are in the meeting. They all wanted to meet Leo. It was hysterical.”

Dicaprio “charmed everybody” and was asked back to do a read with Kate Winslet, who plays Rose in the film. That reading didn’t go as well as the first one.

“He didn’t know he was going to test. He thought it was another meeting to meet Kate. So I said, ‘Okay, we’ll just go in the next room, and we’ll run some lines and I’ll video it.’ And he said, ‘You mean, I’m reading?’ I said, ‘Yeah.’ He said, ‘Oh, I don’t read.’ I shook his hand and said, ‘Thanks for coming by.’ And he said, ‘Wait, wait, wait. If I don’t read, I don’t get the part? Just like that?’ And I said, ‘Oh, yeah. Come on. This is a giant movie that is going to take two years of my life, and you’ll be gone doing five other things while I’m doing post-production. So, I’m not going to f— it up by making the wrong decision in casting. So, you’re going to read, or you’re not going to get the part.'”

This had the desired effect on DiCaprio but he wasn’t happy about it, with Cameron saying “every ounce of his entire being is just so negative — right up until I said, ‘Action.'” However, once Cameron said that magic word DiCaprio “turned into Jack.”

“Kate just lit up, and they played the scene. Dark clouds had opened up, and a ray of sun came down and lit up Jack. I’m like, ‘All right. He’s the guy.'”

It goes without saying, but Titanic would go on to be very successful.