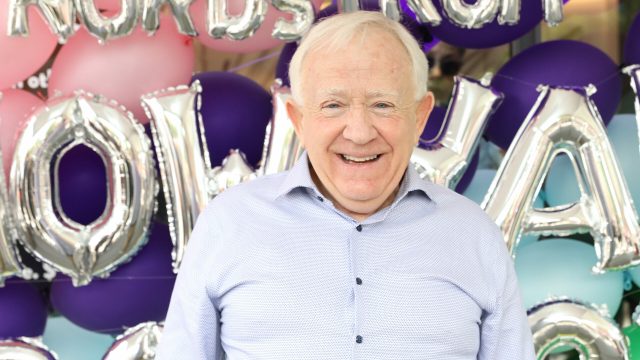 The untimely passing of Leslie Jordan has left fans feeling heartbroken as they reflect upon the incredible legacy he leaves behind. An actor with more than 130 credits to his name, he stole our hearts in everything from American Horror Story to Call Me Kat — and even the WGTC favorite, Reba.

More than that, he was a beloved personality, unapologetically himself and living to find joy in all moments: big and small. One of those significant life moments happened to Jordan earlier this year when he purchased his first home and shared the heartwarming news with his fans.

Jordan was so proud of the condo; the best part was the song and dance number he shared with fans as he moved around his new space. In a bittersweet turn of events, the part of the song he sang about his purchase pulls on the heartstrings of those who adored him.

“Movin’ On Up” was famously known as the theme song for The Jeffersons, and a song many people equate with finally achieving that success you’ve been working towards. To hear Jordan belt out the lyrics now is leaving fans in tears for several reasons. One: Jordan never gave up on his dreams, working hard to achieve them and finally purchasing his dream home at 67 — the age he turned in April of this year.

Two: the song talks about living in a deluxe apartment in the sky, and after his death, fans know he took the direct flight to that very apartment in heaven; however, it’s not easy to listen to for those he left behind.

His followers are especially heartbroken by the intro to the video, where Jordan says he’s “way up in the sky.”

The entire thing is just leaving all of us feeling very emotional today. As Jordan rose to internet superstardom during the COVID-19 pandemic, we were getting to know him on a more “personal” level, and no one was ready for that to come to an untimely end.

Even at 67 years young, Jordan was experiencing so much “new” in his life; it doesn’t seem right for it to end when there was so much left for him to discover.

We’re sure that the condo in the sky is breathtaking.

You’d truly be hard-pressed to find people who made it through the pandemic without laughing along with Jordan’s videos. He gave us something to look forward to when everything was uncertain.

Jordan’s team shared a message with fans on social media after the news of his death was made public, alongside a picture of him with that iconic 1,000 wat smile. Whether you followed him for years or found him during the pandemic’s darkest days, we’re all the better for allowing ourselves to be affected by his warmth and light.

We’re sending our condolences to Jordan’s family and loved ones.