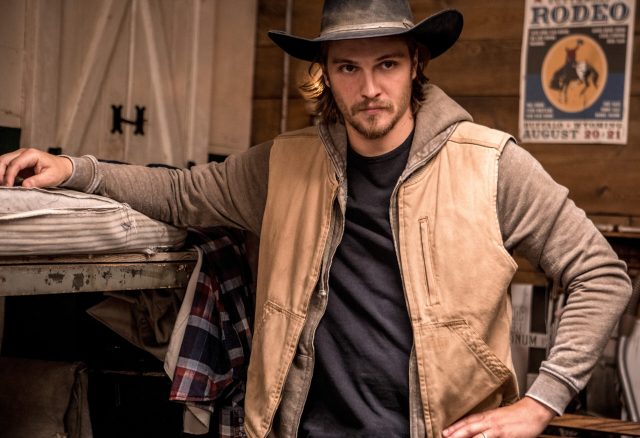 Luke Grimes is opening up about the influence of Kayce Dutton on his personal life and how he’s channeling his western/country way of living since being cast on Yellowstone. The series has done more than just open a window of respect for another way of life; it’s changed him for the better.

When asked if the series and the character impacted his personal life, his answer was just what you might have expected: a resounding yes. Talking to Gear Patrol, Grimes spoke with an appreciation for the experience’s impact on his life so far.

“I mean, 100 percent. It’s a big influence on pretty much every aspect of my life. I’d say, most importantly, I’d never been to Montana before doing Yellowstone. Now I live there — I’ve lived there for two and a half years. And that’s, obviously, such a huge change because I lived in LA before. So that’s informed every part of my life possible.”

He wasn’t exaggerating when he said the character and the series had influenced him in every way; it even changed how he looks at fashion.

“I wear cowboy boots a lot now and that’s something I never wore before. I didn’t know that I would like wearing them and they tend to sort of just work out for everything that I do day to day. I like to wear things that I can go outside and do some things or go out to dinner or something that can work for everything. And so cowboy boots do that.”

Grimes also notes that there’s not a character so far that’s influenced him quite the way Kayce has. Of course, that’s to be expected, as he’s been playing the character for five years.

“I think anytime you play someone — anything I’ve ever done — you end up learning enough about a certain different lifestyle that you can appreciate different parts of it. And having played Kayce for five years now, I think this has influenced me more than any other character I’ve ever played.”

The series also influenced the place where Grimes lives with his wife, Bianca Rodrigues. The two left Los Angeles before the pandemic, but Grimes says they initially settled in Austin, Texas. After spending time in an Airstream, exploring the country, he had to check into Montana for Yellowstone, and the rest is history.

The pair love the mountains, the scenery, and the lack of distractions, Grimes knows the lifestyle might not be for everyone, but it’s the perfect haven for their family.

“The day-to-day is very different. It was hard in LA for me to not be distracted and remember what life is about in its simplest way. In Montana, it’s really hard to forget that. You’re a lot less distracted and your days become more about what you want your days to be about. And I feel a lot more creative there just because I have a lot more time to be less distracted. And, it just works for me. I know it wouldn’t work for everyone. I’m sure some people would be bored to death out there, but I love it. I love the lifestyle change.”

Of course, Grimes’ life in Montana differs from his character, including that he’s not constantly fighting to stay alive. There’s no target on his back, and he’s not in a battle for land and its rights. Instead, he gets to enjoy the quiet and find creativity, and he gets to cook up some sweet country music tunes, which we’ll hopefully hear very soon.

Until then, you can catch Grimes as Kayce Dutton on Paramount’s Yellowstone, with new episodes beginning on Nov. 13.