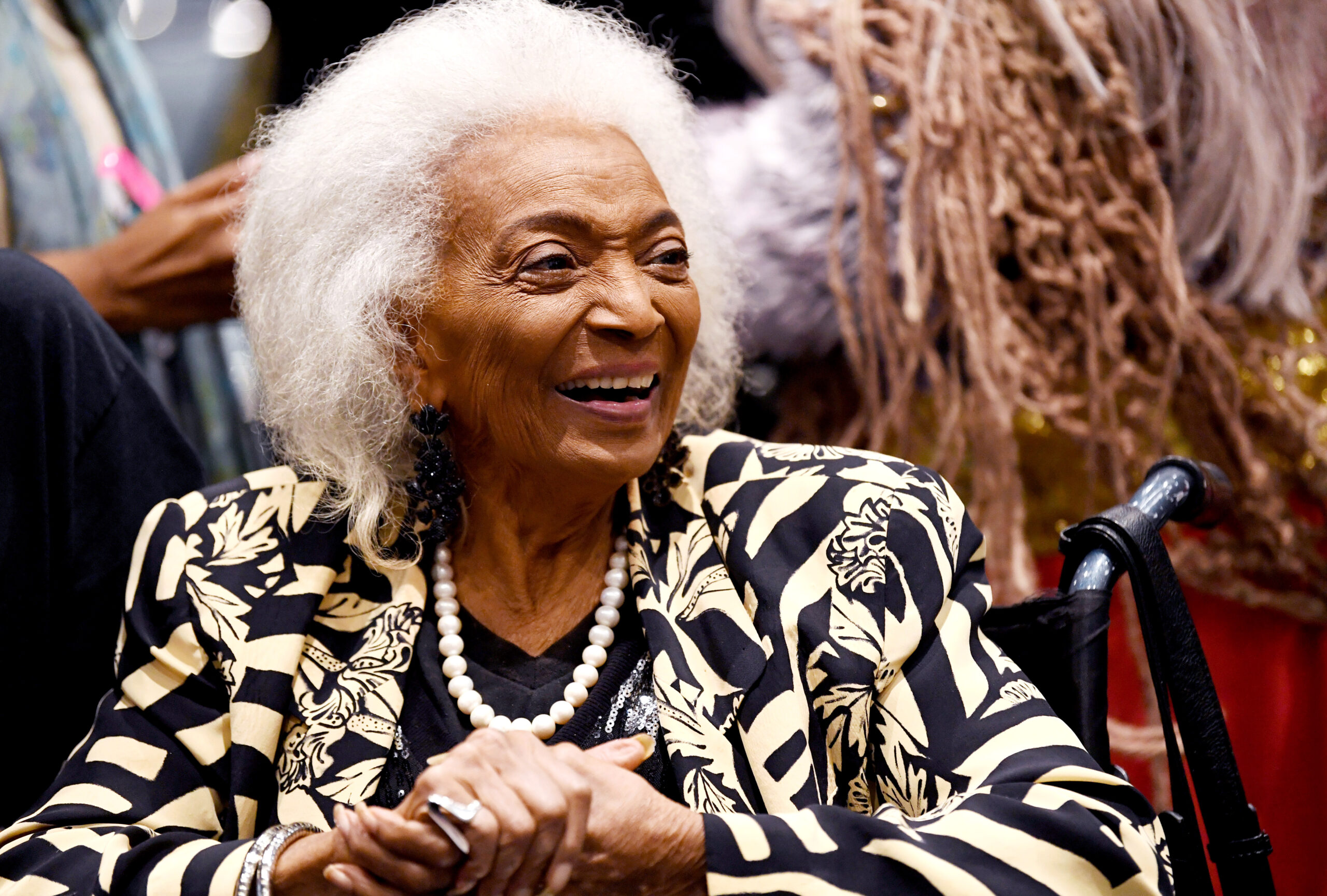 Nichelle Nichols, a talented actress, singer, dancer, and NASA ambassador, passed away at 89, and the news certainly dims a bright light in the galaxy.

Nichols passed away at age 89, as confirmed via a social media post by her son, Kyle. The image is a bouquet of roses placed upon her star on the Hollywood Walk of Fame with a note explaining that she passed from natural causes on July 30.

Her immeasurable loss is felt by those who loved and admired her for years.

Made most famous by her role as Lieutenant Nyota Uhura, Nichols inspired viewers everywhere as a pioneering actress who set a standard for women (especially African Americans) globally. She was in a position of power, a leading character, and seen as intelligent and capable — she set a standard with her talent and contribution to the role.

That role led her to become an ambassador for NASA, recruiting new candidates for the program and encouraging them in her real life as she did as Lieutenant Uhura on Star Trek. USA Today notes that in just four months, Nichols recruited “more than 8,000 applications, of which more than 1,600 were women and more than 1,000 were people of color.“

Nichols’ talent impacted fans worldwide. She even had a life-changing conversation with Dr. Martin Luther King about her role in Star Trek, which she described in a television interview. She shares that she was told a fan really wanted to meet her, and the story reads as follows:

I thought it was a Trekkie, so I said, ‘Sure.’ I looked across the room, and whoever the fan was had to wait because there was Dr. Martin Luther King walking toward me with this big grin on his face. He reached out to me and said, ‘Yes, Ms. Nichols, I am your greatest fan.’ He said that Star Trek was the only show that he, and his wife Coretta, would allow their three little children to stay up and watch. I never got to tell him why (she mentions telling Dr. King that she planned to quit the series) because he said, ‘you cannot, you cannot…for the first time on television, we will be seen as we should be seen every day, as intelligent, quality, beautiful, people who can sing dance, and can go to space, who are professors, lawyers.” Dr. King Jr went further, stating, ‘If you leave, that door can be closed because your role is not a black role, and is not a female role, he can fill it with anybody even an alien.’

Inspired by King’s words and the determination he shared with her, Nichols didn’t give up on Stark Trek and continued inspiring audiences for decades.

We’re sending our thoughts and condolences to Nichols’ family. Rest in Peace.