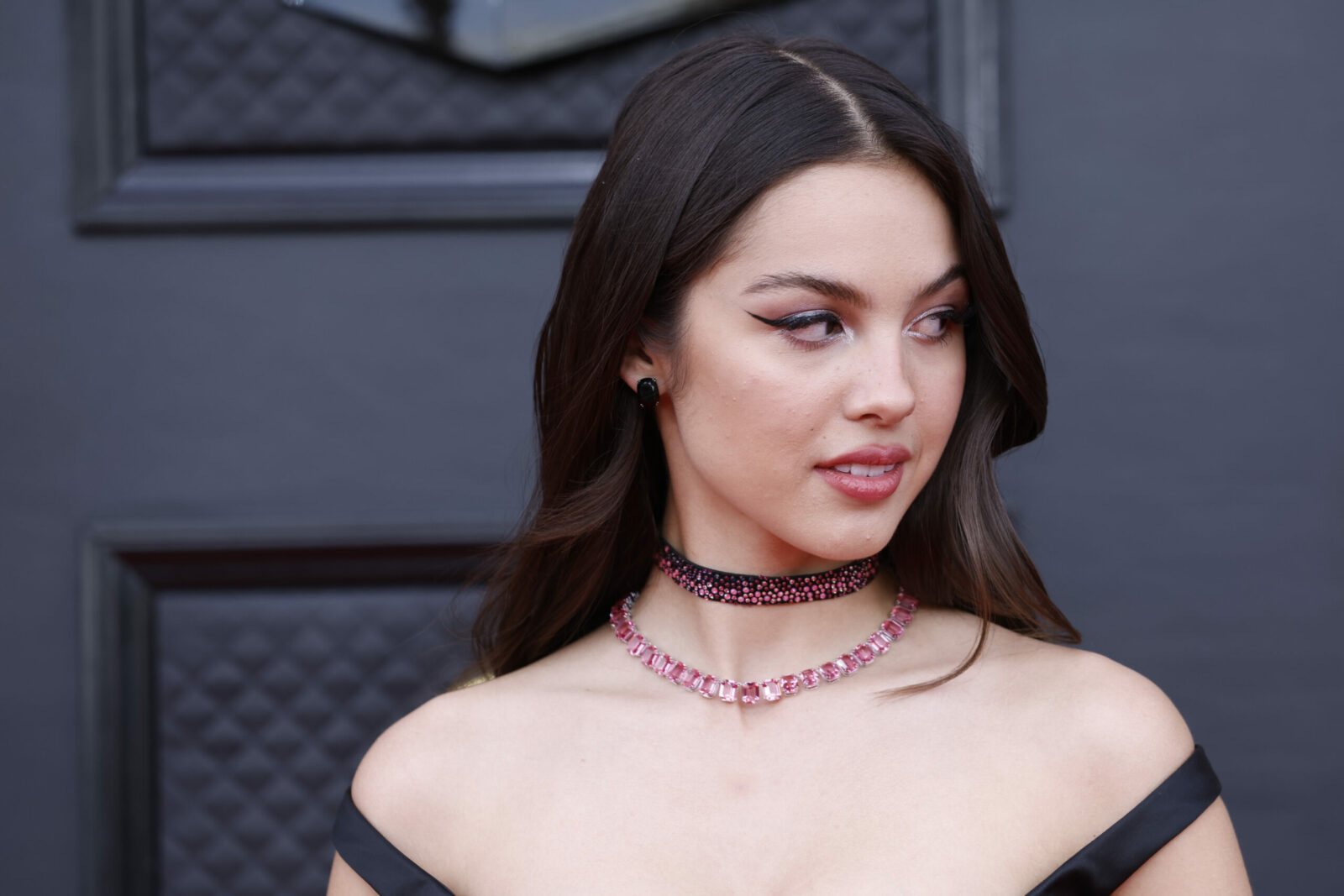 The 2022 Grammys, music’s night of nights, is just hours away, but Olivia Rodrigo has already taken to the red carpet in a delightfully dark number.

Reminiscent of the peak ’90s fashion seen in movies like Jawbreaker, with a bit of Elvira and Morticia Adams thrown in there for good measure, Rodrigo stunned with a satin black and purple look for her Grammys debut.

With gloves up to her biceps, and not one but two chokers, Rodrigo is serving a true Y2K witch fantasy — not bad for someone who isn’t even 20 years old yet.

It’s set to be a big night for Rodrigo, being one of the most nominated stars at this year’s event. Since she took over the world with her debut single “Drivers License” last January, it’s been a non-stop upward trajectory for the Disney Plus star.

Rodrigo is up for seven awards this year, including the big four: Album, Song, and Record of the Year, in addition to Best New Artist. In case that didn’t set her up to have a huge enough night, Rodrigo will also be making her debut on the Grammys stage with a performance of tracks from her record-breaking 2021 album Sour.

Outside of the Grammys, Rodrigo has kept her momentum strong in recent weeks. Last week saw the premiere of her new documentary driving home 2 u on Disney Plus, which followed the superstar as she retraces her steps in making Sour via a road trip through Salt Lake City.