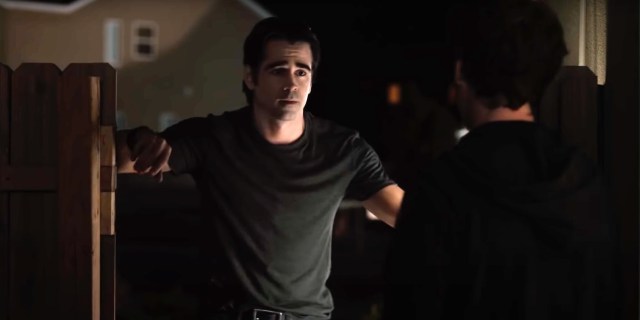 Classic Horror remakes may be all the rage but that doesn’t mean they get all the raves. Rebooting or reimagining a genre fave may allow filmmakers to fulfill their dream to make a movie “better,” but more often than not they end up being far more lackluster than the original. So when another take on beloved material actually get it right, some respect should be paid.

Fans on Reddit Horror (aka Dreadit) have been rallying behind a high water mark of the remake craze, the 2011 re-vamp of the 1985 vampire creep-fest Fright Night. The remake had to contend with hitting the marks set by the original, which featured not only an almost-perfect cast, but a fresh script, and a surprise turn at the box office. The rebooted Fright Night took a hard swing at the fences though, and, surprisingly made it over.

One of the original’s greatest assets was its perfect casting. Silver screen icon Roddy McDowall was note-perfect as B-actor turned craven-hearted late-night horror movie host Peter Vincent, and Chris Sarandon turned out to be one of the most memorable Vampires of the 1980s with his portrayal of suburban bloodsucker Jerry Dandrige. Add in a scene-stealing performance by Stephen Geoffreys as the worst best friend ever turned vampiric minion “Evil Ed” Thompson, and a snappy screenplay and original direction by Child’s Play creator Tom Holland and it’s actually no surprise that Fright Night surprised everybody back in 1985.

Fright Night 2011 may have had a lot to live up to but it assembled the perfect arsenal to fight for it. Armed with a script by Buffy the Vampire Slayer writer and producer Marti Noxon, as well as indie director Craig Gillespie, the film gathered a talented cast to fill the shoes of the heavy hitters that originated the roles including Colin Farrell as Jerry, Christopher Mintz-Plasse as Ed, and a completely over the top David Tennant as a Criss Angel-style Las Vegas magician to update the role of Peter Vincent.

One of the film’s greatest assets was definitely the late and very lamented actor Anton Yelchin, who was cast to portray the film’s protagonist, Charley Brewster. Yelchin’s standout performance was one of the elements that helped elevate the film to one of the better horror remakes out there.