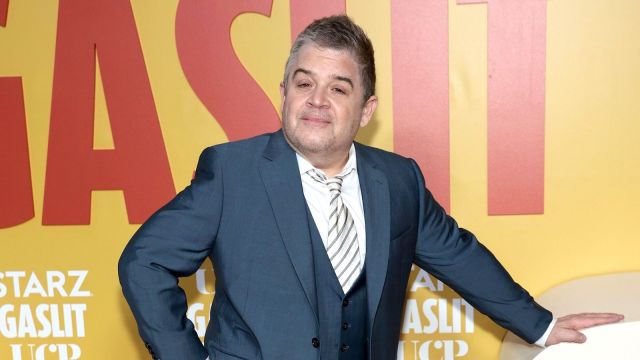 Comedian Patton Oswalt has appeared in countless successful projects over the years, from Ratatouille to The Goldbergs. The actor has been dabbling in comedy for the entirety of his career, and while others in the space have been scorned for not always being politically correct or punching down like Dave Chapelle with trans people, Oswalt says it’s a more nuanced thing for him.

The 53-year-old makes his views known in a new article published by The Hollywood Reporter today, which is centered around his upcoming Netflix special We All Scream. As Oswalt notes in the interview, stage work needs to be put in context, but, if you want to be a successful comedian, you have to change with the times and cannot leave audiences like Jerry Seinfeld revealed he did with college-aged people in 2015 due to what he feels is an over-emphasis on seeing certain words as bigoted or sexist.

“I think that comedians deserve context in what they say. You shouldn’t just ‘cancel’ out of context, but I also think comedians have a responsibility to evolve and to try to push things forward. And pushing the envelope doesn’t mean digging your feet in while the envelope moves forward — you should be ahead of that envelope, that’s how you should be pushing it. And again, the whole battle over wokeness, it’s nothing new.”

Elsewhere in the piece, Oswalt notes that comedic tastes have always changed over the decades, saying his specials are more so reflections of his life at the time than meditations on the human condition and humorously nothing that he may be cancelled in the future as culture evolves. Additionally, in his view, a joke works better when it has to be filtered through a realm of restrictions, and this is what’s made icons last, as many people lauded today had to work in times when American culture was more conservative.

“I do a joke about in the future, what am I going to be canceled for? And you don’t know, but you want to at least try to keep progressing. The other thing I’d say is that comedy has always worked better with restrictions. Think of the restrictions that Richard Pryor and George Carlin had, and before them, Lenny Bruce, and they found clever, brilliant ways around whatever the restrictions were, that’s what made it so fun and thrilling.”