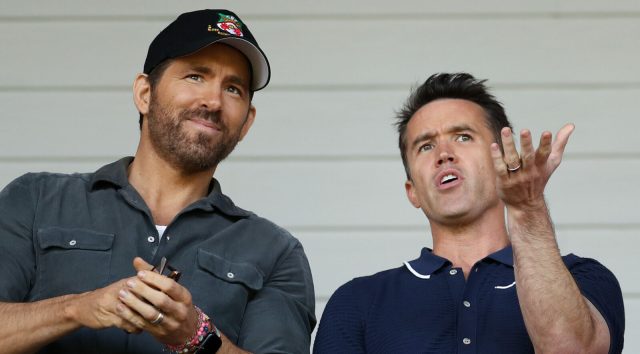 The gears continue to grind over at Wrexham AFC as Ryan Reynolds celebrates his 46th birthday, but of course, that didn’t stop club co-owner and It’s Always Sunny in Philadelphia star Rob McElhenney from having a bit of fun with him to mark the occasion.

McElhenney got Reynolds a birthday gift on behalf of the club and posted a video to Twitter to discuss his thought process. It initially involved the Wrexham squad running onto the pitch at their next game through a disturbing, yet hilarious inflatable archway resembling Reynold’s mouth.

However, he ended up settling on a blimp with a picture of Reynolds as a maskless Deadpool, which we all know isn’t the most flattering image he may have chosen.

Reynolds has now issued his response to the birthday wishes, and it was very cordial in a tongue-in-cheek fashion.

Reynolds’ brief acknowledgment of the gag gift indicated that there will be a tat in response to McElhenney’s tit, and we can’t wait to see what he comes up with.

Ryan Reynolds has been a  busy man of late, and the blimp, while hilarious, served as free promotion for the actor, who recently revealed that Hugh Jackman will be reprising his role as Wolverine for Deadpool 3. Jackman also took to social media to celebrate Reynolds’ birthday in his own way.

If you’re wondering how the heck the two actors came to own a football club, there’s a docuseries on Disney Plus titled Welcome to Wrexham that you should go check out.