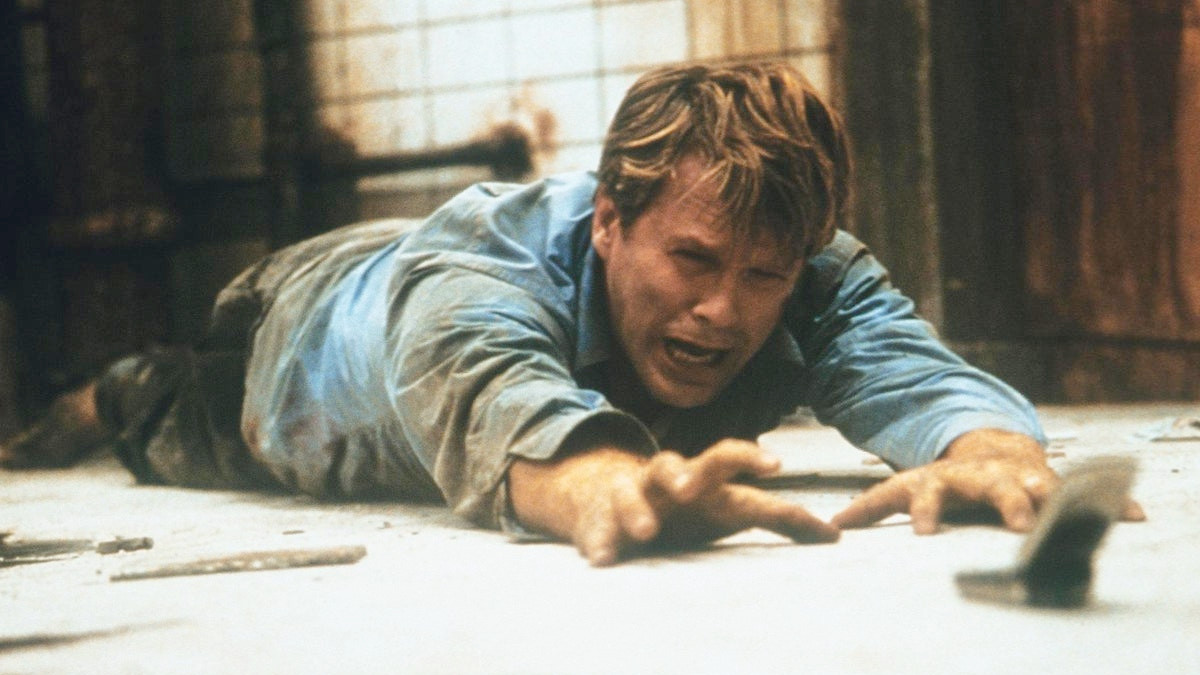 For the uninitiated, the protagonist of the first eight Saw films is fictional serial killer John Kramer, more commonly referred to as “Jigsaw” or the “Jigsaw Killer.” Instead of simply killing his victims, Jigsaw instead traps them with “tests” or “games” to gauge their ability to survive physical or psychological torture. If the victims live, he considers them “rehabilitated.”

However, The Problem With Jon Stewart designer Zach Silberberg imagined these tests as something that would just outright ruin your day — but more in the capacity of an everyday annoyance, such as your toilet leaking or “check oil” light blinking on.

“If I woke up in a Saw trap I would be so mad,” Silberberg tweeted earlier this week. “Like OK great now I have to deal with this whole thing.”

Hey, blame it on the past two years we’ve all endured. But it seems like even the best of us have come out on the other side of 2021 as more hardened and resilient — and therefore less prone to putting up with a bunch of bullshit from some clown in a puppet mask.

As Silberberg’s thread went viral, many people empathized with the sentiment. “Ugh THIS wasn’t on my 2022 bingo card,” joked one user. “British in a Saw trap: ‘What’s all this then?'” added someone else. One user imagined themselves being “at my fucking limit” as soon as they opened their eyes.

“I’m not playing tbh let that psycho use someone else for his lil games,” joked Complex writer Karla Rodriguez.

“It’s gonna be a whole thing,” bemoaned another user.

“If I woke up in a Saw trap, I would simply go back to sleep. I’m not dealing with all that,” correctly assessed Twitter user @lapauradelzitti.

Yet another user responded with a meme that assumed, “Guess I’ll die!”

Coincidentally enough, the whole thing is reminiscent of a 2018 Key & Peele sketch, in which “two prisoners of a deranged sadist try to make the best of their situation” while also making the sadist extremely frustrated with their lack of terror. You can watch the clip below, if you’re so inclined.