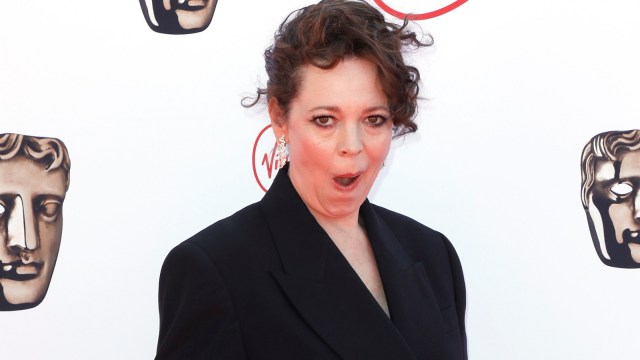 Marvel Cinematic Universe fans were left dismayed by the news that Secret Invasion won’t be premiering on Disney Plus until next spring, but it’s not as if the game-changing reveals to come from the San Diego Comic-Con panel didn’t do a phenomenal job of offsetting any disappointment.

Other than the broad strokes of the plot, the majority of narrative and character details remain under wraps. In fact, we don’t know who anyone among the ensemble is playing other than returning stars Samuel L. Jackson, Cobie Smulders, Martin Freeman, Ben Mendelsohn, and Don Cheadle, although Olivia Colman did tease that she’s an “old ally” of Nick Fury.

Speaking of the Academy Award winner, a new rumor from The Illuminerdi has claimed that Colman will actually be a gender-swapped version of Brian Falsworth, better known as the second iteration of British superhero Union Jack, and son of the original James Montgomery Falsworth.

Interestingly, it’s the third and current Union Jack (Joseph Chapman) that’s recently been battling against the Skrulls in the pages of Marvel Comics, which we know to be the driving force behind Secret Invasion. Captain Marvel established that Fury had been dealing with superpowered individuals since at least the mid-1990s if not earlier, so while it hasn’t been acknowledged yet, it would be an understatement to say the prospect of Olivia Colman boarding the MCU as a retired costumed crimefighter would be awesome.

Of course, we’ll have to wait for that to be confirmed or denied outright, with September’s D23 looking like the potential destination for our Secret Invasion questions to be answered.