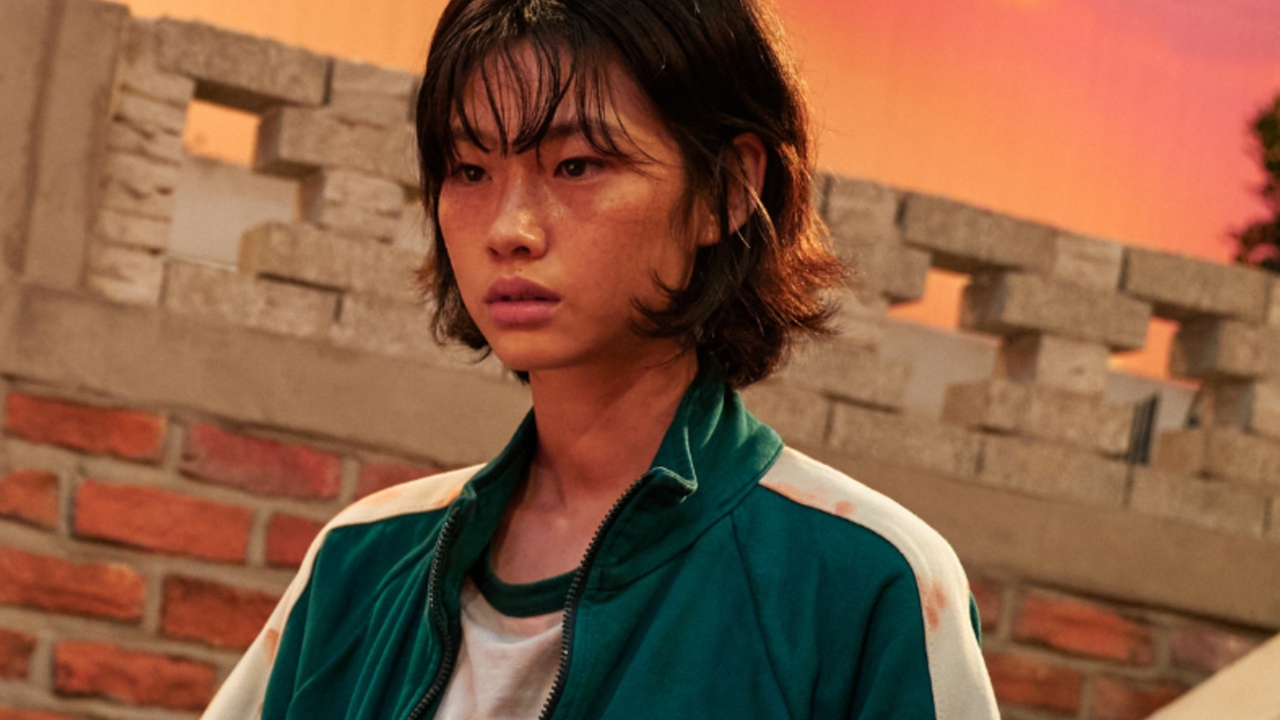 Back in late April, The Hollywood Reporter organized a Drama Actress Emmy Roundtable that was compared to a “therapy session” by Squid Game breakout star Jung Ho-yeon. The 27-year-old South Korean actress — who plays Kang Sae-byeok in the Netflix original series — was joined by Rosario Dawson, Lily James, Christina Ricci, Sandra Oh and Emmy Rossum for the all-female discussion. Ho-yeon mentions her experience with Hwang Dong-hyuk’s worldwide phenomenon, Squid Game, a survival drama series where 456 desperate players, all of whom are drowning in financial debt, agree to take part in lethal children’s games in the hopes of winning a life-changing sum of money.

The Hollywood Reporter‘s interviewer opens the floor to Jung Ho-yeon, quizzing her on the overwhelming Squid Game stardom. When asked if she ever saw the early signs of success, the actress humbly describes how she messaged director Hwang Dong-hyuk after viewing the finished product, convinced that she had messed up.

We watched Squid Game before it came out. The actors did because we had to do promotion and events and stuff, and I thought … am I allowed to swear? I thought I fucked up.

I thought I totally messed up. My first message to director Hwang Dong-hyuk after I watched Squid Game was, “I am so sorry. And thank you so much for casting me.” I’m going to cry. It was so stressful. I was trying to prepare for the bad reactions and everything, but …

Afterward, Emmy Rossum noted Ho-yeon’s tearful expression, noting that she looked “beautiful even when she cries.” Even at 27-years-old, Ho-yeon is incredibly versed in the industry and undoubtedly passionate about her work, so much so that she fears the absolute worst, even when Squid Game pulled in a staggering 1.65 billion hours on Netflix in its first 28 days and has become one of the biggest, most successful Netflix originals of all time.

For her role in Squid Game, which earned her critical acclaim and global fame, Ho-yeon won the Screen Actors Guild Award for Outstanding Performance by a Female Actor in a Drama Series. Unfortunately, Ho-yeon’s character met her end after enduring an injury in the “glass bridge” round. Fellow contestant Sang-woo seizes an opportunity to kill Sae-byeok overnight. However, Dong-hyuk has already teased the return of Ho-yeon’s character — but with a twist — in the second season of Squid Game, which was announced in January 2022.