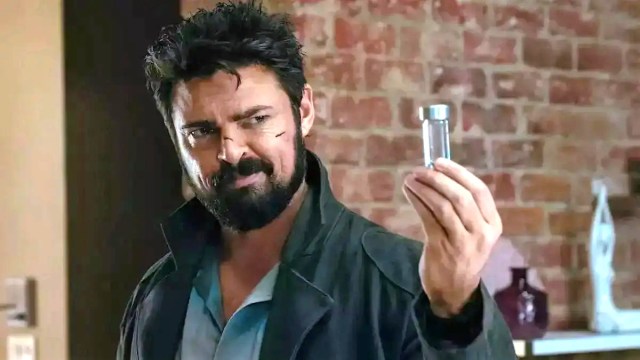 We still have two episodes until the explosive third season of The Boys comes to an end. The penultimate outing is premiering tomorrow on Prime Video, with the finale following suit next week on Friday and once again kickstarting a period of exasperating wait as fans of the satirical superhero drama devour fan content and speculation for a year and then some until the show returns.

Luckily for us, it seems that Eric Kripke and his crew aren’t wasting any time getting into season four. In fact, according to what Karl Urban tells Collider, cameras will start rolling again as early as August.

“Yeah, we’re starting I think August the 22nd, we’re going to be starting season four. So I’m getting back, getting my Butcher back on, and I can’t wait. It’s a fun gang to play with, we work hard and play hard, and I can’t wait to see where they take the characters from where we leave them at the end of this season.”

It’s hardly surprising that Urban ended his exciting update with a little tease of what’s to come during next week’s finale, but it also makes us wonder if the titular Boys are going to find themselves in a bit of a diabolical cliffhanger, making the inevitable wait all the more difficult to bear.

Annie Starlight has recently outed Vought and Homelander for the malicious monsters that they are, and though the company is vehemently denying the accusations, it might take more than a little bit of publicity work to shake off the controversy. Besides, as Butcher and Soldier Boy continue to hunt down Homelander, the big bad’s days may be numbered.