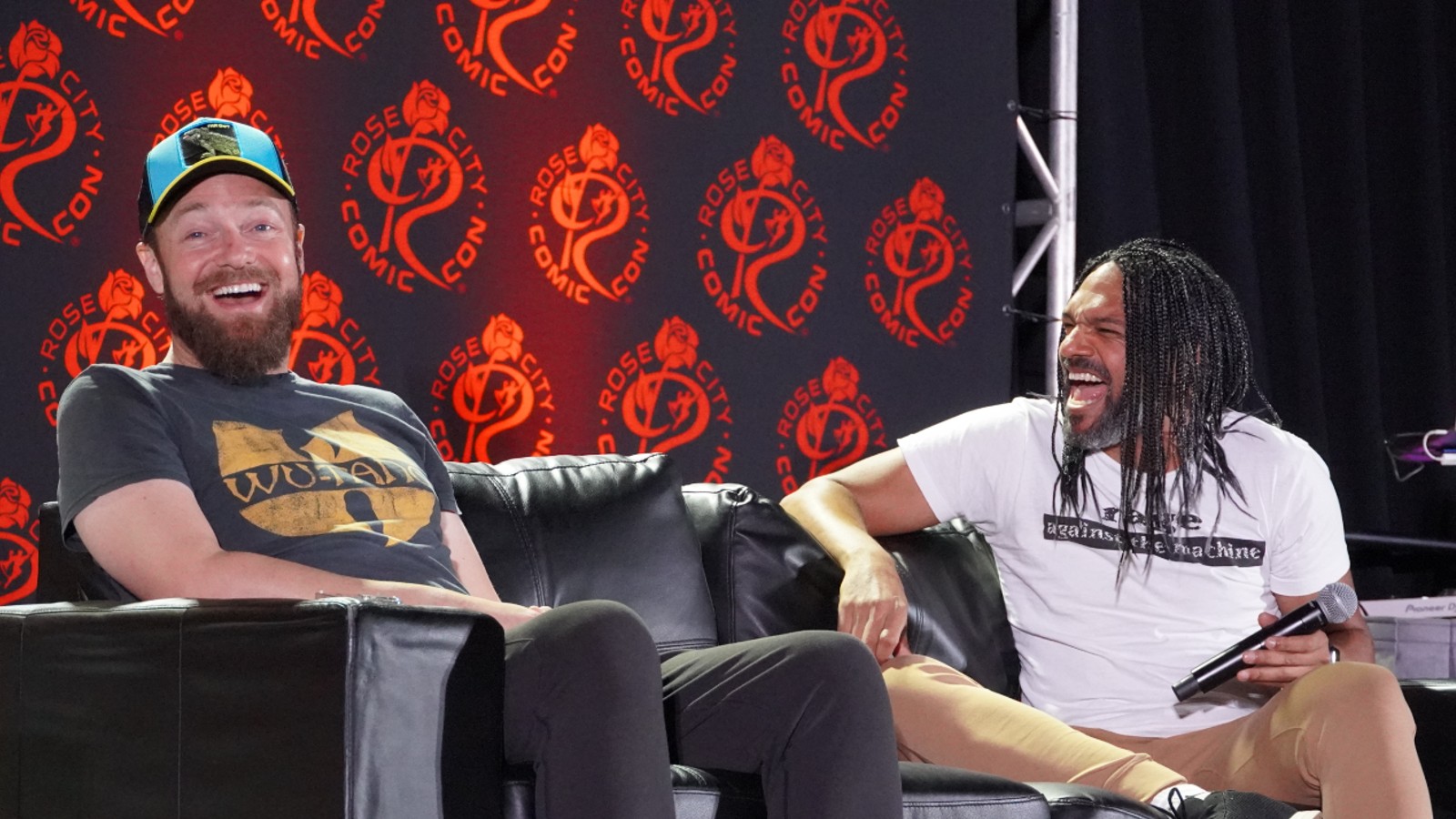 Ross Marquand and Khary Payton, who play Aaron and Ezekial on The Walking Dead, respectively, are describing the surreal experience of wrapping up the show that occupied several years of each of their lives.

The last eight episodes of The Walking Dead‘s final season are slated to air next month on AMC, wrapping up the post-apocalyptic zombie drama that has gripped viewers’ TV screens since 2010. When asked by a fan how each actor felt about finally saying goodbye to the show after Marquand put eight years of his life into it, and Payton dedicated six years of his life to it, the word “weird” came up a lot in their responses. Marquand recounted the exact moment the show wrapped, which apparently involved confetti cannons, during a recent panel he and Payton were hosting at Rose City Comic Con in Portland, Oregon.

“And there was confetti sticking to us ’cause we have fake blood all over us. And we were like, ‘ah shit, now this is going to be a bitch to take off.’ But it was really cool […] our first AD said, ‘That’s a wrap on The Walking Dead‘ and it was like….I think that’s when it really sunk in, like ‘oh Jesus.'”

Payton added that due to the coronavirus pandemic restrictions in recent years, the show wrapped in a rather innocuous way, without so much as a traditional wrap party to punctuate it.

“I feel like it was like an Irish goodbye…I feel like the show was like…like we were all busy kind of doing things and the show was like, […] ‘I’m just going to leave out the back’ during this COVID pandemic, you know, and into the season. You know, we never were able to truly come together, you know. So we only saw bits and pieces of each other. […] We haven’t even thrown the party to say that ‘alright, we’re celebrating the end of this thing.’

Hopefully, when we come back for the last eight episodes and we finally kind of set this ship off toward Valhalla, you know, and light it on fire and do it up right….but right now it still feels weirdly ephemeral, like I can still sort of feel it in the air but you can’t grab it, you know. Yeah, it’s weird. It’s weird and it’s hard to describe. It’s bitter-sweet”

This doesn’t mean the end of Payton and Marquand working on a show together that was created by comic book author Robert Kirkman. Both actors voice characters in the animated superhero show Invincible on Amazon Prime Video, which has been picked up for a second and third season. Though season two of Invincible has yet to premiere, Payton and Marquand confirmed they’ve already finished recording their lines for it and are in the midst of doing recordings for season three.

The last batch of episodes for The Walking Dead season 11 begins airing on AMC on October 2.