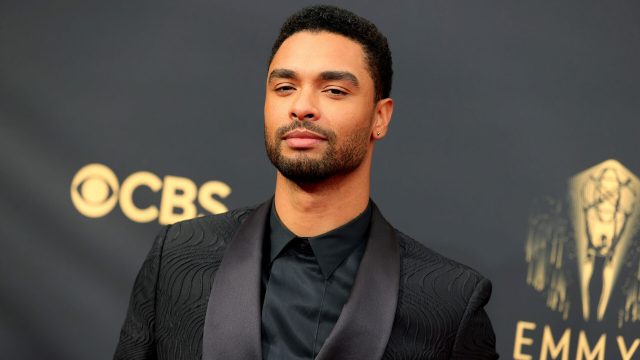 Be still our Bridgerton hearts; Regé-Jean Page shares the reason he feels his time on the series has drawn a full-circle conclusion. Grab your tissues and ice cream because it’s an emotional one.

While joining the cast of Good Morning America, he talked about everything from Dungeons and Dragons to the fan plea for his character, Simon Basset, to make a grand return to Bridgerton.

“I mean, I’ll take the compliment that is built in there — I’m so glad that they had a good time and they want more. I think that like, Shonda and I are still super proud of how we stuck that landing, Much like we were talking about playing villains — like Simon started from a very dark place. He was emotionally broken, and the fact that we had this beautiful redemption and everyone feels so good about him. He is now married. He’s got kids; he is emotionally available and communicating. They live happily ever, and we’re not going to touch that.”

The Duke of Hastings had quite an emotional journey as Bridgerton viewers watched the first season of the epic series, which was undeniably an important one. He started off as someone who viewed feelings and emotion as something as undesirable as negative whispers in a gossip-fueled society. Ending the season married with a family was something we all thought might never happen.

Page makes a good point when he says it ended well for the Bassett; there’s not a better happily-ever-after for the man.

If you find yourself missing the Duke, just imagine him in his happily ever after, surrounded by his family and the love he never felt worthy of — it’s enough to (sort of) mend the pain of Page’s loss.

You can also rewatch Bridgerton’s first season on Netflix as often as your heart desires; we won’t judge you one bit!