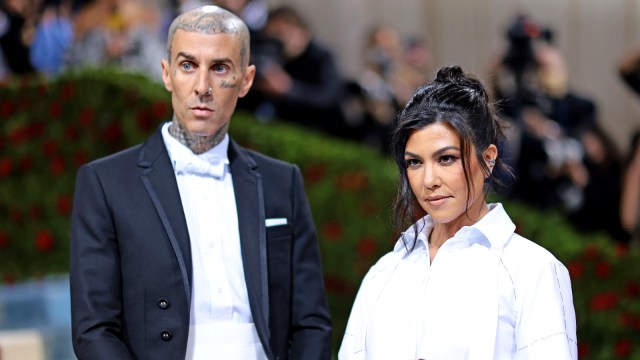 Reality TV stars Travis Barker and Kourtney Kardashian dressed up as two of the spookiest horror movie characters of the last two decades for Halloween.

Barker posted three photos of himself and his wife in costume on his Instagram profile and shared a creepy quote from the film, “Hi, I’m Chucky, your friend till the end.”

Propped up in front of a fireplace and sweepingly holding hands, the pair were dead ringers for the infamously homicidal dolls from the Child’s Play franchise. Barker was dressed as Chucky in a bright red wig and denim overalls, with a knife prop in hand while Kardashian was clad as the Bride of Chucky, complete with a blonde wig, bridal attire, and an edgy black leather jacket.

Kardashian posted a photo of herself and her husband in costume to her 203 million Instagram followers with a playfully scary caption that read, “You got your wish. You’re mine now doll. And if you know what’s good for you, you are going to love, honor, and obey!”

Barker and Kardashian celebrated their marriage earlier this year with two weddings. Barker later suffered a health scare but has since made a full recovery.

Season 2 of The Kardashians is currently streaming on Hulu.