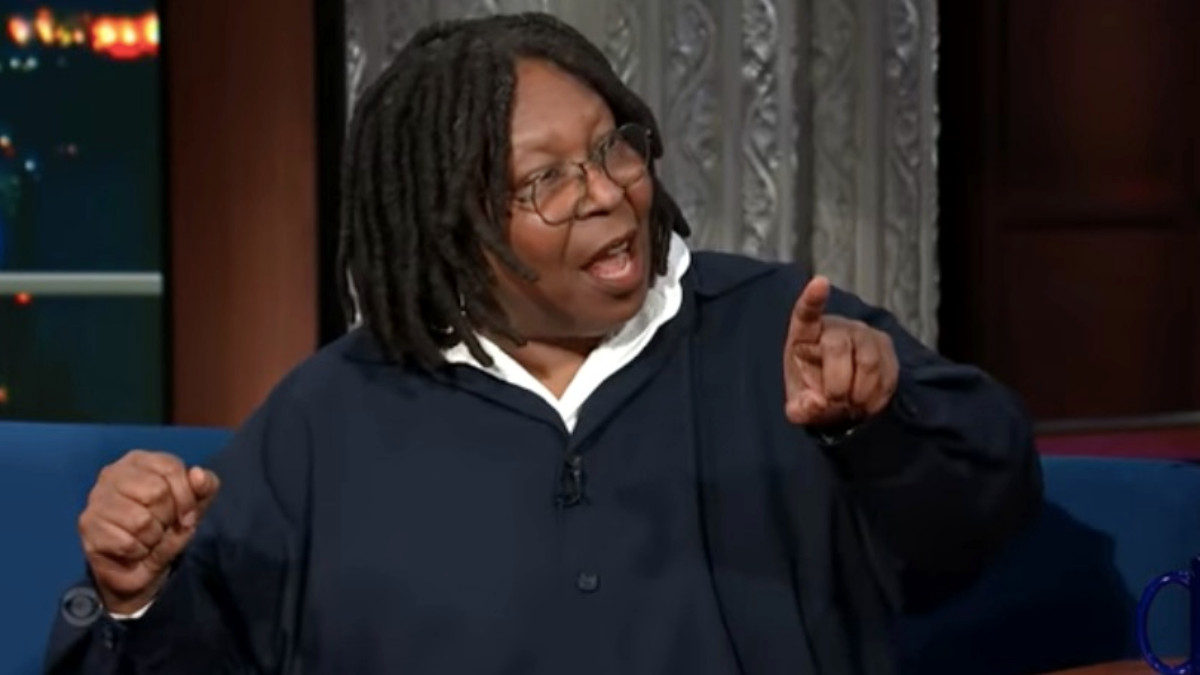 Whoopi Goldberg might be in deep trouble over her remarks about the Holocaust on The View, and the controversy could even cost the longtime host her job.

The panel was discussing how the Pulitzer Prize-winning graphic novel Maus was banned in a Tennessee school district on Monday when the 66-year-old TV show host inexplicably made the argument that the Holocaust was “not about race,” but “man’s inhumanity to man.”

“You’re missing the point,” Goldberg continued. “The minute you turn it into race, it goes down this alley. Let’s talk about it for what it is. It’s how people treat each other. It’s a problem. It doesn’t matter if you’re Black, or White, cause Black, White, Jews, Italians, everybody eats each other.”

Goldberg later made an appearance on The Late Show with Stephen Colbert where she essentially doubled down on her remarks with an “agree to disagree.”

At some point, between the taping and airing of the late-night episode, Goldberg clearly must have realized that she was in serious trouble and apologized with a statement on Twitter.

However, according to Page Six, Goldberg’s fellow hosts on The View, show staffers, and Disney execs are reportedly “furious” that she hasn’t been disciplined. And there are even rumblings that she could lose her job over this.

“ABC staffers and Disney Network execs are saying Whoopi went way too far. And board members are not happy with her apology and want a fuller retraction. The word is that Whoopi is in ‘deep s–t,’” one ABC insider told us.

“Why does Whoopi seemingly get a pass when others don’t? Perhaps this time she won’t. Many at the network — including her fellow hosts — believe Whoopi is too controversial now for the show.”

As such, Page Six is reporting that the situation “isn’t just going to blow over.” Even Behar, who has worked with Goldberg since she joined the panel show as moderator in 2007, was apparently even gobsmacked by her co-host refusing to back down.

“This will cast a shadow over everything for a while. Even Joy Behar was heard saying backstage that Whoopi is ‘dead wrong’ and may not ever recover from this,” the source said. “Joy found this particularly troubling and couldn’t believe Whoopi wouldn’t stand corrected until she was forced.”

According to the insider, others at ABC are “incredulous” and allegedly asking questions like, “How stoned can she be?”

“Her agents are panicking that she may have ruined herself for good,” the source claimed. “Plus, now she has to worry about potential death threats.”

If potential death threats aren’t even a high-level concern in the grand scheme of things, then you really know you stepped in it.

Goldberg did take to Twitter on Monday evening to offer an apology where she granted that Nazis deemed Jews to be an inferior race — per Jonathan Greenblatt of the Anti-Defamation League – and noting, “The Jewish people around the world have always had my support and that will never waiver (sic). I’m sorry for the hurt I have caused.”