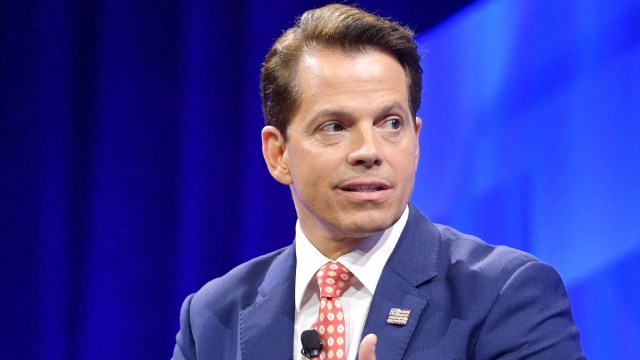 The U.K. bid adieu to flash-in-the pan Prime Minister Liz Truss on Thursday, Oct. 20, to no shortage of fanfare.

Truss, a longtime Member of Parliament, had succeeded former conservative Prime Minister Boris Johnson, who himself resigned last month amid scandal. However, Truss proved to be so massively unpopular — quite the feat, considering her predecessor — by succeeding in tanking the British economy and all but destroying her party’s reputation after just 41 days in office, among other standouts.

And while Truss may have literally been outlasted by a head of lettuce in her capacity as Prime Minister, one U.S. politician whose own whirlwind tenure in office was even briefer than hers weighed in shortly after the news broke.

Yes, Anthony Scaramucci, more commonly known by his nickname “The Mooch,” famously served as White House Director of Communications under the Trump administration for just 11 days from July 21 to July 31, 2017. Or as Scaramucci so aptly put it himself on Twitter: “Liz Truss lasted 4.1 Scaramuccis.”

To refresh our collective memories, Scaramucci, who has since voiced criticism of Trump and supported Biden in the 2020 election, notoriously proved to be too brash even for his former boss. The 58-year-old former Goldman Sachs executive was given the axe not long after he started the job after giving an expletive-laden rant to New Yorker journalist Ryan Lizza, in what he believed to have been an off-record conversation.

It was not. The New Yorker published excerpts of the conversation (and later released audio of the phone call) with Scaramucci soon after, in which he attempted to get to the bottom of who leaked information about a White House dinner — threatening to fire the entire White House communications staff if Lizza would not give up his source.

One of the more colorful remarks to come out of the conversation was Scaramucci referring to Trump then-White House chief of staff Reince Priebus, who he had been at odds with for months, as a “f*cking paranoid schizophrenic.”

Scaramucci’s tenure in office is currently tied for shortest in history with Jack Koehler, who held the same position within the Reagan administration. As such, it has been common to compare similarly short tenures held by political appointees in units of Scaramuccis, which many others noted as his tweet began to go viral.

Well, you win some, you lose some. And perhaps, in a few years time, Truss will likewise have a sense of humor about her short-lived leadership role.