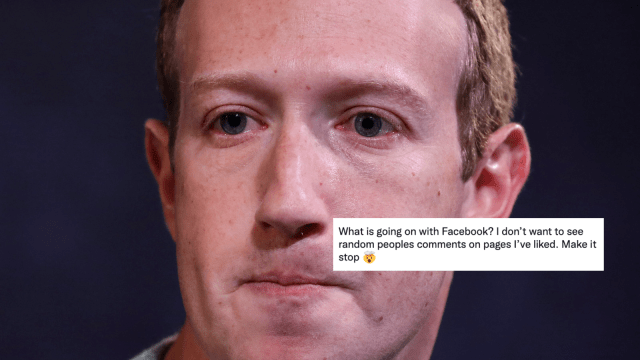 In case you hadn’t noticed, your Facebook feed may look like an absolute mess of memes and strange cryptic language. Fear not, because everyone else is having the same issue.

Some point between the turning of 5:00 and 6:00 UTC time, users suddenly experienced an influx of news feed spam. Any celebrity, band or exceedingly popular page being followed by your account is now facing every post made by any account to the celebrity.

Essentially, if John Citizen in the Western Sahara decides to post onto Emma Watson’s Facebook page: everyone following Watson will see it in their newsfeed. Ditto for the likes of Coldplay, Nirvana, John Cena, Cristiano Ronaldo, and then some.

Another big trend is posting copypastas, or generally sharing their grievances with the whichever celebrity they want to. It’s a bad time to be a celebrity who just released a mediocre film.

It’s not the first big tech screw-up in the month of August, with Google suddenly crashing and causing an influx of memes. Google was able to repair its issue within 45 minutes, while it looks like Facebook is asleep at the wheel. Meta Group’s other social media platform Instagram seems to be having no issues with its newsfeed, suggesting that this may just be a glitch solely on Facebook.

Or more sinisterly, a successful hack of Facebook and its algorithm.

Meta has yet to publicly address the issue at the time of writing. We Got This Covered has reached out to Facebook for comment.