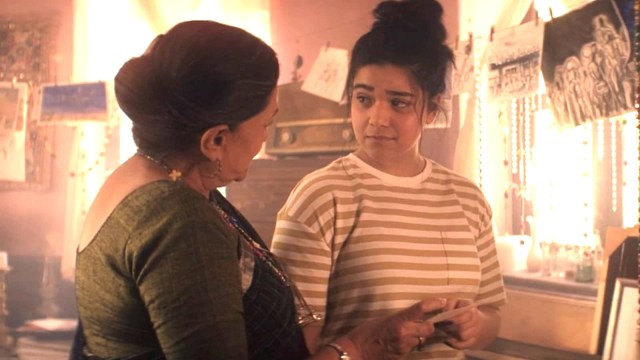 Ms. Marvel has introduced us to the MCU’s youngest superhero, Kamala Khan. Through her experiences of growing into her powers, Kamala learned some tough lessons along the way as well as some very important ones. Now fans are praising the show’s messaging and the lessons that can be learned by anyone regardless of whether or not you have superpowers.

Marvel has often been accused of being “popcorn” cinema, and, in some ways it is. Marvel is often fun, action-filled, and sometimes even a tad silly, but if you actually pay attention, what the studio does so well is imbue all of its storytelling with inspirational messaging. Ms. Marvel is no exception, and in some ways does a better job than the rest thanks to the young Kamala not only entering the world of powered beings but just growing up in general.

MCU fans were extremely excited to find out that Kamala Khan would be introduced as Marvel’s first Muslim superhero on-screen, and have since praised the show for its portrayal of life as a Pakistani Muslim in America. They have also praised Iman Vellani’s performance as the young superhero, believing her to be totally relatable with many identifying with the struggles she faces. As she comes into her powers and her own sense of identity and freedom, Kamala is offered many words of wisdom from her family, friends, and her community along the way.

Fans have loved the show, which has been certified Fresh on Rotten Tomatoes, and are now sharing some of the most inspirational quotes from the show over on Reddit.

This fan points out just why Marvel is so important to so many people; not the powers, but the storytelling.

Similar to Spider-Man, Kamala has her own mantra.

One Redditor wishes that this quote from the comic had been used, the ending implying that superpowers are not what make you a hero — if you look you’ll find that there are heroes all around us.

Sometimes people see saving the world as a huge insurmountable task, but it doesn’t have to be.

There are a slew of supporting characters, and it’s great to see a hero that has so many people behind her, supporting her. In the case of Kamala, she has her family, her community, and her friends who all have her back.

Many love the wisdom constantly spouted by Sheikh Abdullah.

The character has reminded them of another well-loved wise character from Avatar: The Last Airbender. We all love a kind, warm, funny, and wise old guy character.

So yes, Marvel movies and series can be enjoyed without having to think too much if that’s what you want. But if you pay attention and really take in the messaging, the franchise really does have a lot to say and a lot of wisdom to impart.