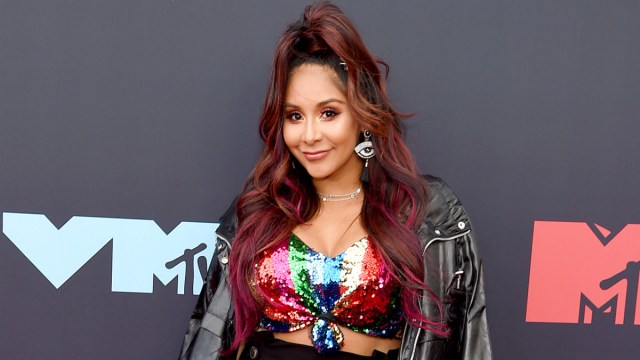 The U.S. Senate race is heating up in Pennsylvania, in what is sure to be a wild ride barreling towards November’s midterm election. The state’s current lieutenant governor, John Fetterman, is running as a Democrat opposite TV personality and pseudoscience proponent, Dr. Mehmet Oz. And the whole thing is so wild that this week none other than Nicole “Snooki” Polizzi from MTV’s Jersey Shore got involved.

For those uninitiated with Pennsylvania politics, Oz, a self-described conservative Republican who previously served on Trump’s President’s Council on Sports, Fitness, and Nutrition is not actually from, nor has he ever lived in Pennsylvania, despite the fact that he is campaigning to be a senator. Fetterman, on the other hand, is a salt-of-the-earth, blue-collar type who has lived in the state nearly his entire life and got the start to his political career by serving as the mayor of the small industrial town of Braddock in western Pennsylvania.

This is naturally made for an engrossing race, especially when you consider that Fetterman is an atypical politician, opting to eschew formalities such as business attire or living in the lieutenant governor’s mansion (he instead opened the property as a public pool) and is campaigning on the platform to legalize marijuana, among other things. And Dr. Oz is … well, Dr. Oz.

Much of the crux of Fetterman’s attack ads have centered on the fact that Oz is a celebrity. So in his latest jab, the 52-year-old enlisted the help of Polizzi to wish Oz a greeting from Cameo — the website that allows celebrities to send personalized video messages to fans.

“Hey Dr. Oz,” Fetterman tweeted along with the video and a hand-waving emoji. “JERSEY loves you [and] will not forget you!!!”

“Hey Mehmet, this is Nicole ‘Snooki’ and I’m from Jersey Shore, I don’t know if you’ve seen it before,” Polizzi said in the video. “But I’m a hot mess on a reality show basically, and I enjoy life.”

“But I heard that you moved from New Jersey to Pennsylvania to look for a new job,” she continued. “And personally, I don’t know why anyone would wanna leave New Jersey, cause it’s like the best place ever, and we’re all hot messes, but I want to say best of luck to you. I know you’re away from home and you’re in a new place but Jersey will not forget you.”

“And don’t worry! Because you’ll be back home in Jersey soon, this is only temporary,” Polizzi quipped. “So good luck, you got this, and Jersey loves you!”

And that is how you make a campaign video — for the extremely reasonable price of $300, we might add. Say what you will about Fetterman, but he is a thrifty guy.