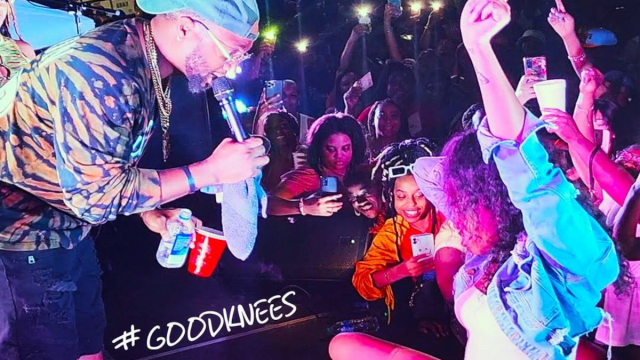 It’s being called a dance challenge, but it’s more of an exercise challenge that is extremely difficult to get through. TikTok’s “good knees” challenge is blowing up online right now, and it has people failing left and right. That’s because it’s only for those people who actually have “them good knees,” that is.

In all honesty, it’s one of the more positive challenges out there. Some trending challenges have had people denying themselves of oxygen, setting themselves on fire, or driving while impairing their vision. However, the “good knees” challenge doesn’t do any of that. It is like going to the gym, and the next day, those muscles are going to feel the pain.

That’s just the beginning. While the dancer is in the squat position after taking it to the floor, Cntry keeps repeating, “Keep them hands up, keep them up, you’re shaking.” This is where the muscles start burning, and some people fall out. Others are pros and last through the countdown.

That’s why this one is a good challenge, but it can only be done one time a night. Any more than that, and everyone can take leg day off the next day.

Where did it come from?

When “cntrydude662” posted a teaser of his new song on TikTok, he sang some lyrics that were accompanied by a dance move. That dance move is what’s trending, and “Cntry” is still running the show. Even though he removed his original video on TikTok, by then it had already made its rounds. There were many TikTokers who were trying to last through the grueling challenge and some of them did quite well.

While Cntry’s identity eludes searchers on TikTok, that doesn’t mean he can’t be found anywhere else on the internet. A little investigation has him popping up on Instagram as Leonard Thornton. It’s easy to see it’s him because his profile literally says, “GOODKNEESCHALLENGECREATOR.” He also says he’s a host, promoter, and artist. His Instagram videos support that he’s quite the performer and promoter while showing off this new challenge in style.