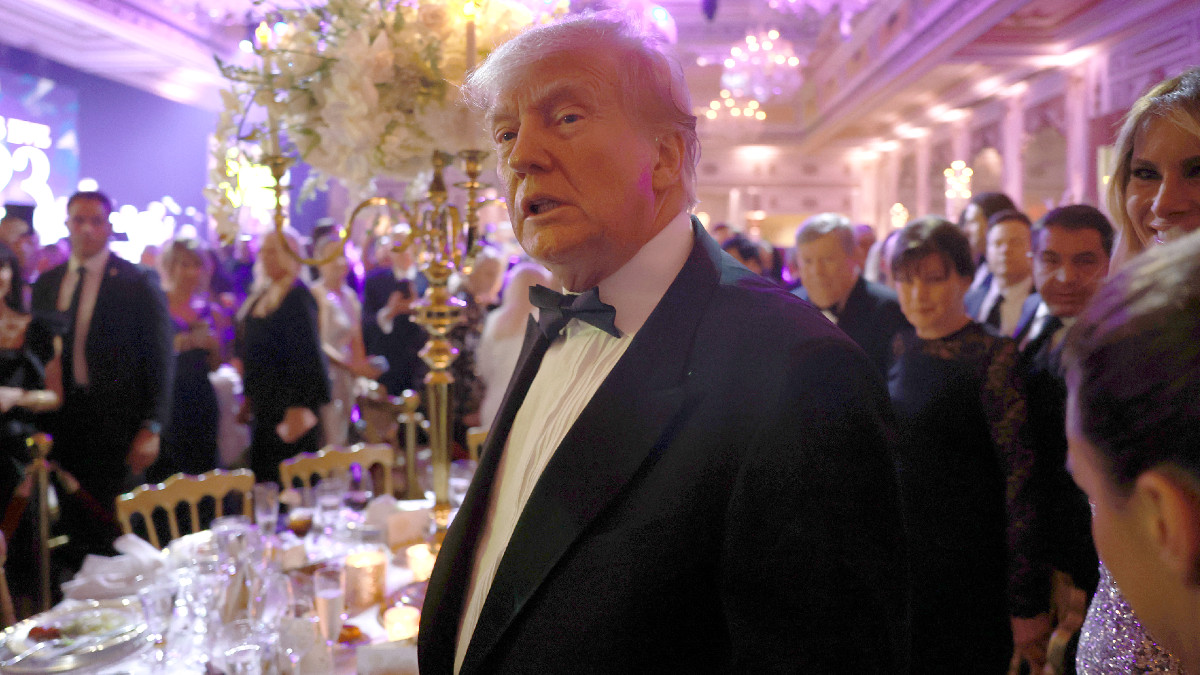 Donald Trump continues to step in it at nearly every turn with his thus-far doomed 2024 presidential bid. Between private dinners at Mar-a-Lago with Kanye “Ye” West and noted white supremacist Nick Fuentes to his heavily-ridiculed digital trading cards, Trump is losing steam with his base before his campaign has barely gotten off the ground,

And now, it doesn’t seem like a photo op with notorious Philadelphia mob boss Joseph “Skinny Joey” Merlino is going to help improve the situation.

The photo was allegedly taken at the the 76-year-old’s West Palm Beach golf club earlier this month, before being obtained and published by the Philadelphia Inquirer on Monday. It shows a somewhat confused looking Trump standing between a beaming Merlino and another unidentified friend wearing a “Keep America Great” hat. All three men posed for the photo giving a thumbs up sign.

Merlino has been in and out of prison for decades on racketeering and illegal gambling charges, and his last stint in federal prison ended in 2020. The 60-year-old mobster moved to Boca Raton, Florida after his 2011 prison release, and he has likewise, not shockingly, been an outspoken admirer of Trump.

It’s unclear whether Trump actually knew who he was posing for a photo with. But given that the two men both shared ties to Atlantic City in the 1990s — where Trump was growing his collection of resorts and Merlino was heading up an active organized crime operation — a total lack of connection seems dubious at best.

But then again, Trump also didn’t seem to remember who Rochelle “Silk” Richardson was at her sister Lynette “Diamond” Hardaway’s funeral over the weekend, so we guess take that with a grain of salt.

Any any rate, a spokesperson denied any professional or personal connection between Trump and Merlino. “President Trump takes countless photos with people. That does not mean he knows every single person he comes in contact with,” the spokesperson told the Inquirer, but did not provide a response on whether Trump knew of Merlino or his mobster background.

But either way, does it even really matter at this point? We get it, already — the dude is corrupt! It’s not like rubbing elbows with a known, convinced mobster is going to be the big A-HA! moment here.