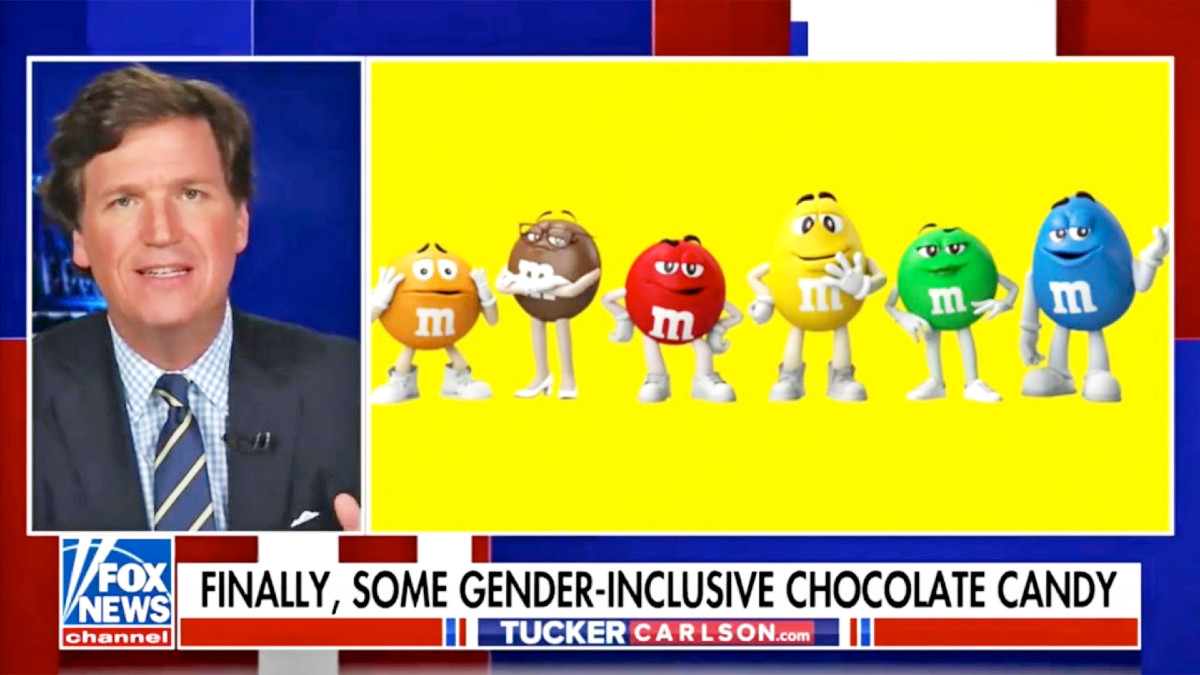 M&M’S announced on Monday that for the first time in nearly 30 years, the chocolatier would be taking an “indefinite pause” from its popular spokescandies characters, which have been part of the company’s marketing since 1994. And with the anthropomorphic candies officially on their way out, all anyone can think about is Fox News host Tucker Carlson — the man we supposedly have to blame for the shakeup.

“America, let’s talk. In the last year, we’ve made some changes to our beloved spokescandies,” the brand announced in a tweet. “We weren’t sure if anyone would even notice. And we definitely didn’t think it would break the internet. But now we get it — even a candy’s shoes can be polarizing. Which was the last thing M&M’S wanted, since we’re all about bringing people together.”

In lieu of the spokescandies, the company explained that beloved actress and comedian Maya Rudolph would be picking up the reigns going forward. “We are confident Ms. Rudolph will champion the power of fun to create a world where everyone feels they belong,” the statement added.

The latest announcement comes after the company announced an inclusivity campaign in early 2022, which involved a redesign of the characters such as sensible shoes for the femme Green and Brown M&M’S. It didn’t take long before Carlson and his ilk pitched a fit about the changes, claiming that “M&M’S will not be satisfied until every last cartoon character is deeply unappealing and totally androgynous.”

“Until the moment you wouldn’t want to have a drink with any one of them. That’s the goal,” Carlson seethed at the time, about the very idea of CGI candy mascots not wanting to have beers with him. “When you’re totally turned off, we’ve achieved equity, they’ve won.”

It remains to be seen whether the latest move will appeal to Carlson or further enrage him — whether or not this means that the “woke left” has ostensibly won — but Twitter is both marveling at this latest plot twist while bracing for the eventual reaction.

“I didn’t have ‘Maya Rudolph gets a new gig because Tucker Carlson and his audience don’t want to live in a world where they aren’t sure which candies are f**kable’ on my bingo card,” quipped one user.

Others similarly lobbed contempt and ridicule in Carlson’s direction.

Of course, with the Super Bowl just a few weeks away, there’s still a solid chance this is all just part of a viral marketing campaign that will be revealed during the big game’s highly coveted commercial airtime. But in the meantime, we can probably expect either a victory lap or more outrage from Carlson. Or possibly both!