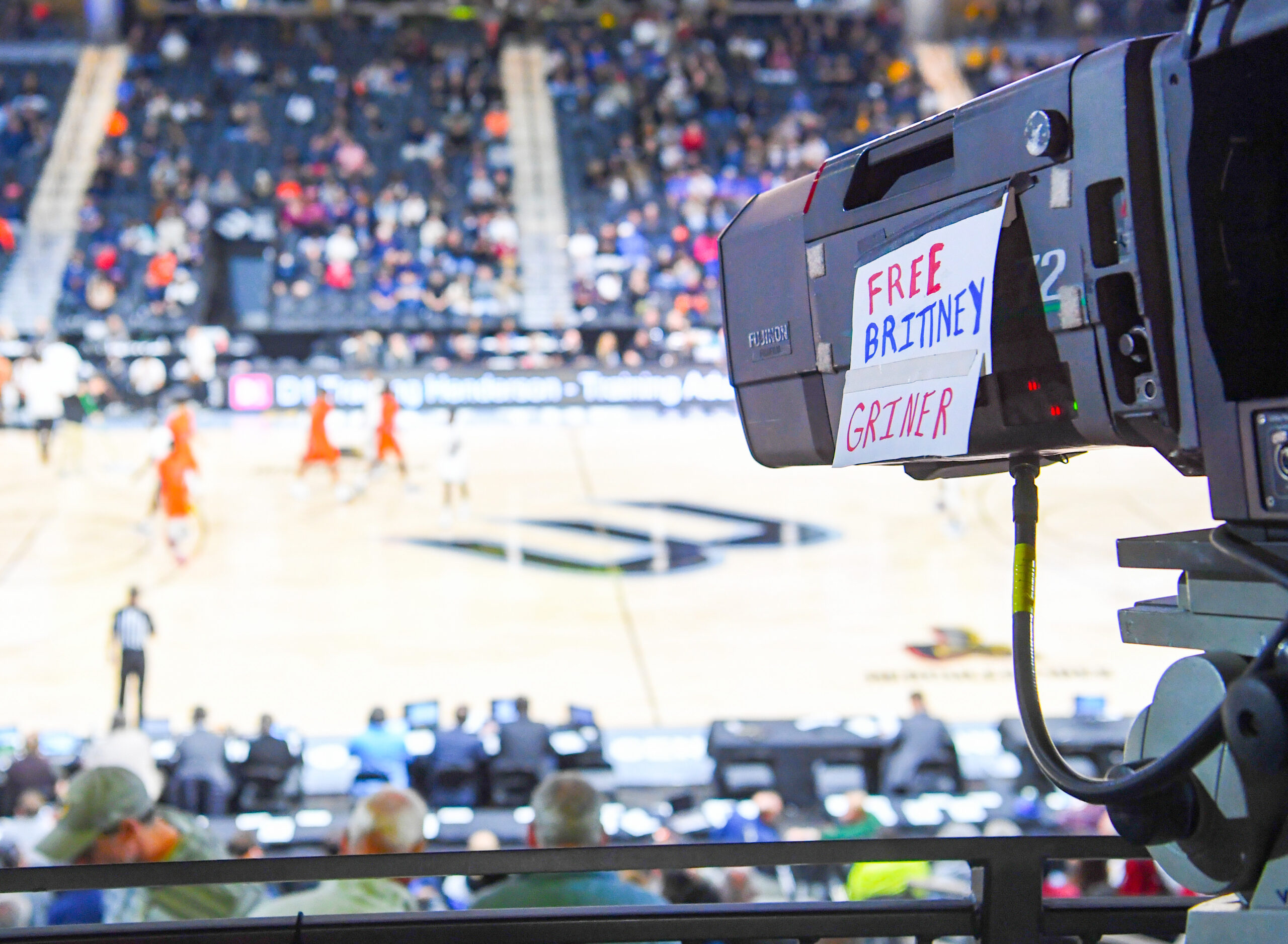 HENDERSON, NEVADA - MARCH 12: A sign reading "Free Brittney Griner" is seen on a television camera during the championship game of the Big West Conference basketball tournament between the Cal State Fullerton Titans and the Long Beach State 49ers at Dollar Loan Center on March 12, 2022 in Henderson, Nevada. (Photo by Sam Morris/Getty Images)

A Russian court has extended the arrest of Phoenix Mercury center Brittney Griner, who has been detained since February, until May 19th. The basketball star was originally placed into custody by Russian authorities after customs officials at a Sheremetyevo International Airport claimed to have found vaporizer cartridges containing hashish oil in her luggage.

Russian state news agency Tass reported, “The court granted the request of the investigation and extended the period of detention of the U.S. citizen Griner until May 19,” according to Associated Press.

Griner has played in the winter off-season in Russia for the last seven years. She played her last game with the professional UMMC Ekaterinburg basketball team on January 29. Griner was returning to Russia following a two-week break in the states when she was detained. Griner is one of the breakout stars of the WNBA, with two Olympic gold medals and seven times as an All-Star team member. However, her situation has been slow to generate response or action in the U.S. at a time when Russian/American relations are at an all-time low in the wake of the invasion of Ukraine. Texas Congresswoman Sheila Jackson Lee has called for Griner’s release, and former Secretary of State Hilary Clinton recently weighed in with a “Free Britney” tweet on Wednesday.

Griner’s supporters, friends, and family seem to be pursuing a policy of declining to speak publicly and instead are pursuing more behind-the-scenes and direct means to influence her case. “Everyone’s getting the strategy of say less and push more privately behind the scenes,” WNBA Commissioner Cathy Engelbert told Associated Press. ”It’s the strategy you get from the State Department and administration. It’s our No. 1 priority in talking with her agent and strategists.”

Rep. John Garamendi told CNN it will be “very difficult” to get Griner released and back to America. “Our diplomatic relationships with Russia are nonexistent at the moment.” State Department spokesperson Ned Price told AP that they have been “doing everything we can to support Brittney Griner to support her family, and to work with them to do everything we can, to see that she is treated appropriately and to seek her release.”

The WNBA season will commence on May 6, nearly two weeks before the extension date of May 19.