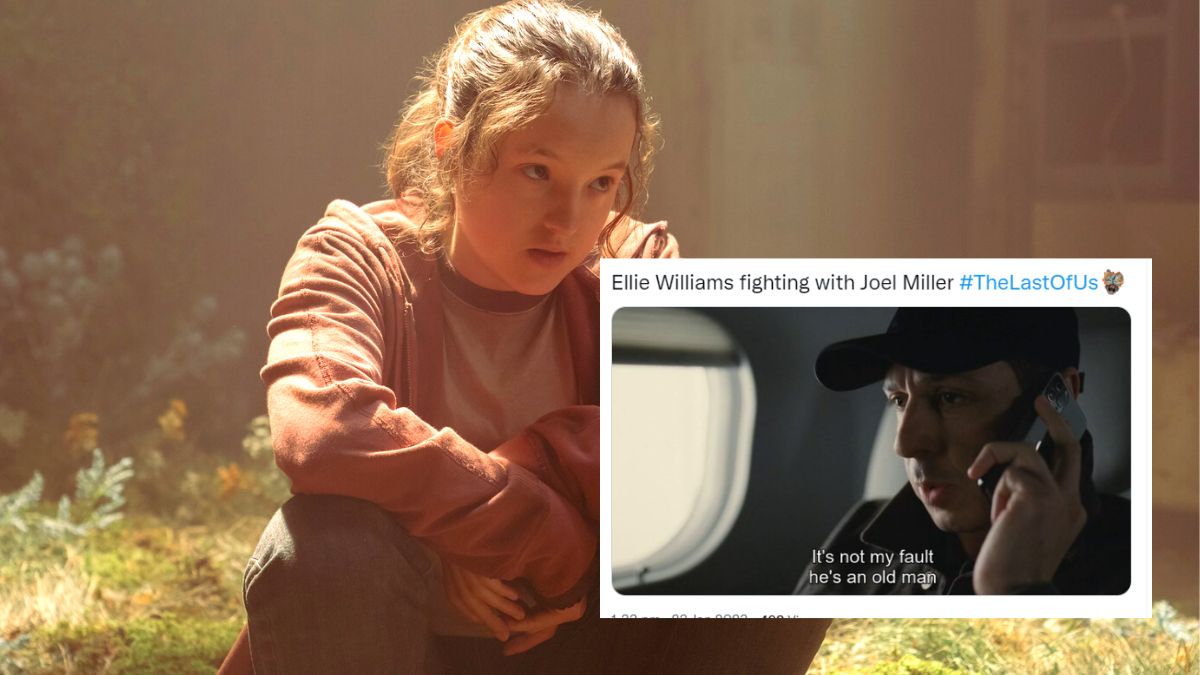 Warning: This article contains major spoilers for The Last of Us episode two “Infection”.

The Last of Us has seen its second episode hit HBO Max, and with this new episode came our first proper look at the Clickers, and the internet is aghast with how horrifying they are.

Beginning with a flashback to Jakarta in 2003, we see even more of the world leading up to the outbreak. The mycologist ominously warns the only way out of this zombie-like hell could be to bomb the ever-loving crap out of the entire place. From there, we’re back with Ellie, Joel, and Tess as we got our first glimpse at the group dynamic.

The chemistry between Joel and Ellie is pretty much perfect. Pedro Pascal and Bella Ramsey have really cemented the interactions, with them recreating a fan-favorite moment from the game in the decrepit hotel.

Speaking of Ellie, it seems like she’s the hungriest girl in the apocalypse with her utterly devouring a sandwich like nobody’s business. Whether or not beef jerky would taste much good in 2023 after twenty years of wastelands, though, is pretty hard to say. The little bits of banter with Ellie and Joel are, again, excellent. Absolute perfect casting.

Then it was time for the moment we were all waiting for. The Clickers. The dreaded clickers. The gosh darn sound design is just incredible, it’s like a drunk man in the backseat of a car on the dry heaves. Just perfect. We cannot stress enough how effective the sound is.

Then there’s the actual physical design of the Clickers. If you had any doubts about them messing around or straying too much, the worries are firmly put to bed.

By the way, and Bones and All fans in the chat? Because ouch! Tess, rest in peace. You would’ve loved the giraffes if you made it. As far as death scenes go, that was something special and worthy of any highlight reel for a zombie apocalypse sizzle reel.

Joel’s complete ignorance of the situation was also deemed tragically hilarious to some when she got bitten earlier on.

While we leave the world of The Last of Us for another, now is the time to pay respects to the veterans who have played through this story several times. The ones who know every minute detail, big story beat, and are essentially forcing themselves to suffer heartbreak once more.

The Last of Us is available to stream exclusively on HBO Max, with new episodes every week.