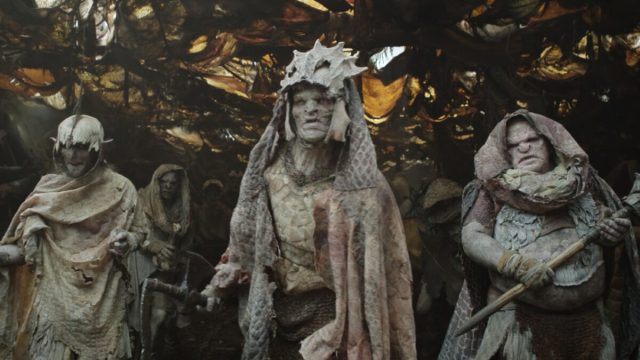 Bringing back The Lord of The Rings was no small order. There are legions of fans of the J.R.R. Tolkien property who hold it very dear and when Amazon revealed a new series was on the way, people were understandably skeptical.

However, it’s been about three weeks since The Lord of the Rings: The Rings of Power premiered and fans of the show over on the subreddit r/LOTR are pretty shocked that they’re still into the show, as evidenced by OP TaylorDANGERDavis and their post “the show is good???.”

While OP admitted that while the show is not “trilogy worthy” they also said it’s “not bad!!” and it was “certainly better than the Hobbit trilogy.”

“The negative response gives me heavy Star Wars purist vibes. There is so much more to come! We haven’t even been introduced to Sauron yet and this is him at his most evil. Orcs were 10/10 and visually it’s gorgeous. I guess this is just a matter of ACTUALLY waiting until a show is over to give judgment.”

User ALongOverdueSpanking thinks there was a specific reason for the backlash, and it’s a similar one to what’s happening to the Disney remake of A Little Mermaid.

“I think the well got poisoned by the initial reaction to the color of some characters’ skin. As a dark experiment, I wonder how the show would be being talked about now if the addition of POC characters hadn’t happened.”

Regardless, people like it. And that’s something! User urdumidjiot called the show “incredible.”

“Everyone’s so fixated and angry about it being more of fanfic because there’s no book they can follow along with and scrutinize. The way I see it, people aren’t going to be happy with it regardless.”

One user named OK_Judge3497 went in being afraid that the show was going to be a weak Game of Thrones rip off and was pleasantly surprised when it wasn’t.

“My biggest fear going into it was it would be at best boring and at worst a bad GoT knockoff (not a fan of GoT). I’ve been really pleasantly surprised, and every episode has gotten me more hooked on it and enjoying the characters and story. Can’t even go into the LOTR subs right now, they’re as bad as the Star Wars subs any time any new Star Wars stuff comes out.”

User sajobi said “Show is good so far. Don’t listen to the crazy crowd online,” and DarthTyrannuss said “I was shocked by how much I liked it as well.”

Another user named SorrowfulToucan made a point about how the Solo movie wasn’t a great Star Wars movie but it was a great heist film, and how people are maybe looking at the show the wrong way.

“I see it as a parallel to the Star Wars “Solo” movie. You go in with all the memory and whatnot of Harrison Ford’s Han Solo, you’re guaranteed to be disappointed by whatever the next version is. You go in expecting “Star Wars heist film” and it’s much more fun.”

The whole thread has some gold in it and is worth checking out. In the meantime, you can also watch the first three episodes of the show on Amazon right now and decide how you feel about it yourself.