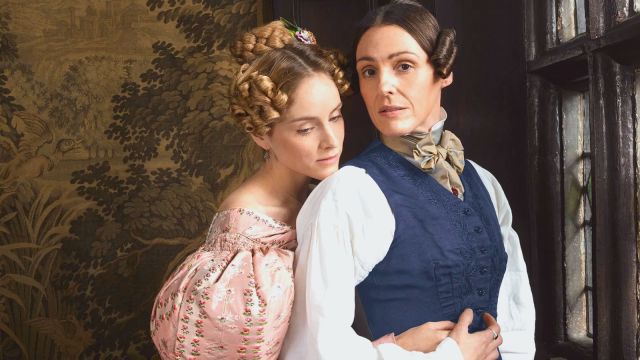 Image via BBC/HBO
Review of:

The gays have Provincetown and the lesbians have *checks notes* Shibden, in the north of England. The recondite rural area in Calderdale, West Yorkshire has become increasingly popular among lesbian tourism in recent years thanks to the BBC/HBO show Gentleman Jack.

“[Shibden] has become a pilgrimage for lesbians,” Calderdale Museums manager Richard Macfarlane told The Guardian. The sapphic population has always been a huge fan of “Cottagecore”, a viral Internet trend that romanticizes the aesthetics and practices of the rural lifestyle, so it only makes sense that Gentleman Jack would gain such a devoted following.

The show is based on the diaries of one Anne Lister, a lesbian landowner and industrialist who lived in Shibden in the early 19th century. It stars Doctor Foster‘s Suranne Jones as the protagonist and Peaky Blinders‘ Sophie Rundle as her fiancee Anne Walker. When Gentleman Jack was canceled earlier this year after two seasons, The Guardian published small texts from fans on how the show had impacted their lives, changing them for the better.

Distributed by HBO in the U.S., the series apparently sparked American audiences’ interest in the lush green lands of Yorkshire. According to Macfarlane, there was one group of fans who, after three episodes of the show, was booking a trip to Calderdale just so they could visit both the sets and the real-life town where Anne Lister lived.

“After the third episode, we got a message from someone in America saying they wanted to visit. By the next week, they’d booked a plane and turned up.”

One of the most popular attractions is Lister’s home, Shibden Hall, which has since been turned into a historic house museum. In 2019, at the height of the show’s fame, Shibden registered a record number of tourists. Even during the pandemic, the quaint community was still welcoming more visitors than it ever had before Gentleman Jack. Lesbians and “Cottagecore” will always be a winning combination, and Sibden proves it.