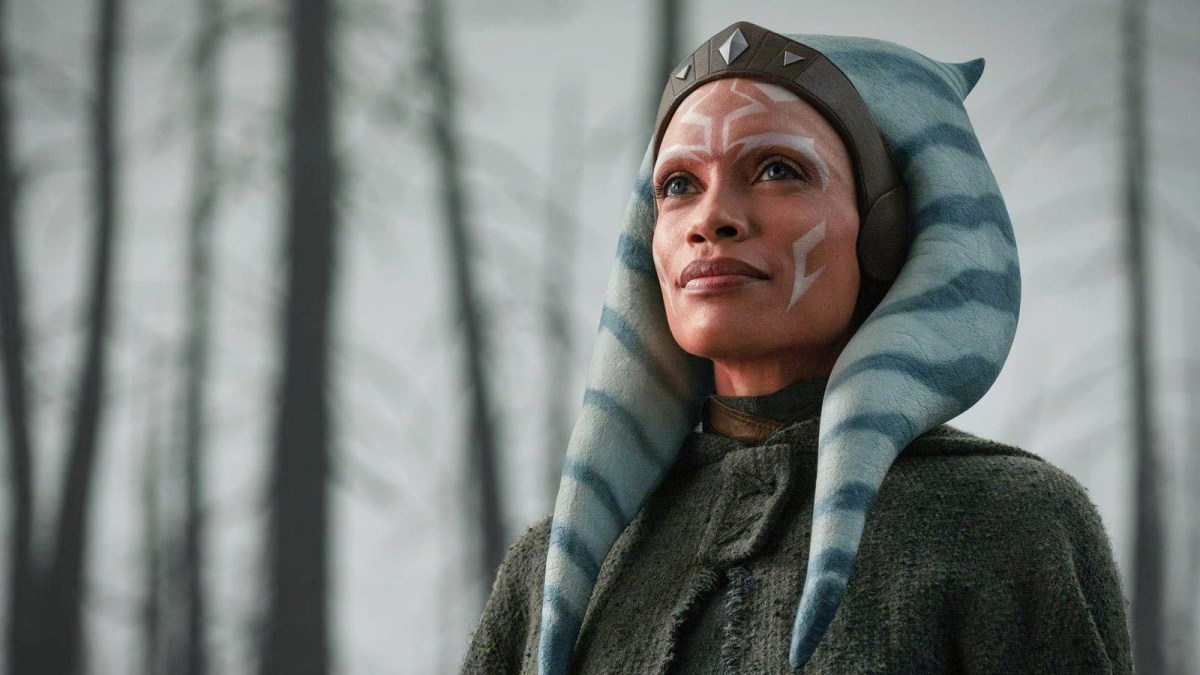 Ahsoka, the newest show in the Star Wars TV Universe, is gearing up for a Disney Plus release. Fans of The Mandalorian and The Book of Boba Fett will finally get to see popular franchise character Ahsoka Tano (Rosario Dawson) continue her storyline, whatever that may turn out to be.

For those unfamiliar with Tano’s backstory, the character began in Star Wars: Clone Wars as Anakin Skywalker’s headstrong Padawan. Over time Tano transformed into a fearless leader and went on to become the hero of Clone Wars, but not before getting framed for a crime she didn’t commit and then leaving the Jedi Order. Dawson made her first live-action appearance as Tano in the episode “Chapter 13: The Jedi” of The Mandalorian where she confronted villain Elsbeth (Diana Lee Inosanto) about the whereabouts of Grand Admiral Thrawn.

Fans of Star Wars Rebels will remember Grand Admiral Thrawn as the blue-skinned Imperial leader who fled into hyperspace during a battle with the shows protagonist Ezra Bridger. Although there’s been no confirmation about the synopsis for Ahsoka, it’s not far off to assume it will involve Grand Admiral Thrawn in some way, and is likely to see rebel warrior Sabine Wren follow Tano on the hunt for Bridgers. At this point, it not a question of if, but when.

So, when will Ahsoka release on Disney Plus?

The much-anticipated Ahsoka has not received an official release date from Disney Plus. That being said, The Hollywood Reporter purportedly announced Ahsoka would begin filming in Spring 2022 and rumors on fan sites have stated that production has already begun. As of this writing, there has been no official confirmation on that.

Disney Plus’ 2022 Star Wars lineup includes Obi-Wan Kenobi on May 27, 2022, Andor potentially in late 2022, and The Mandalorian somewhere around that same timeline. All three shows have either finished post-production or finished filming. Keeping that information in mind, it’s likely Ahsoka will not see the light of day until 2023. Given that re-shoots are likely to happen and post-production deadlines can be fickle, whether that’s spring of 2023 or the summer is yet to be known.

We Got This Covered will provide updated information as soon as it becomes available.