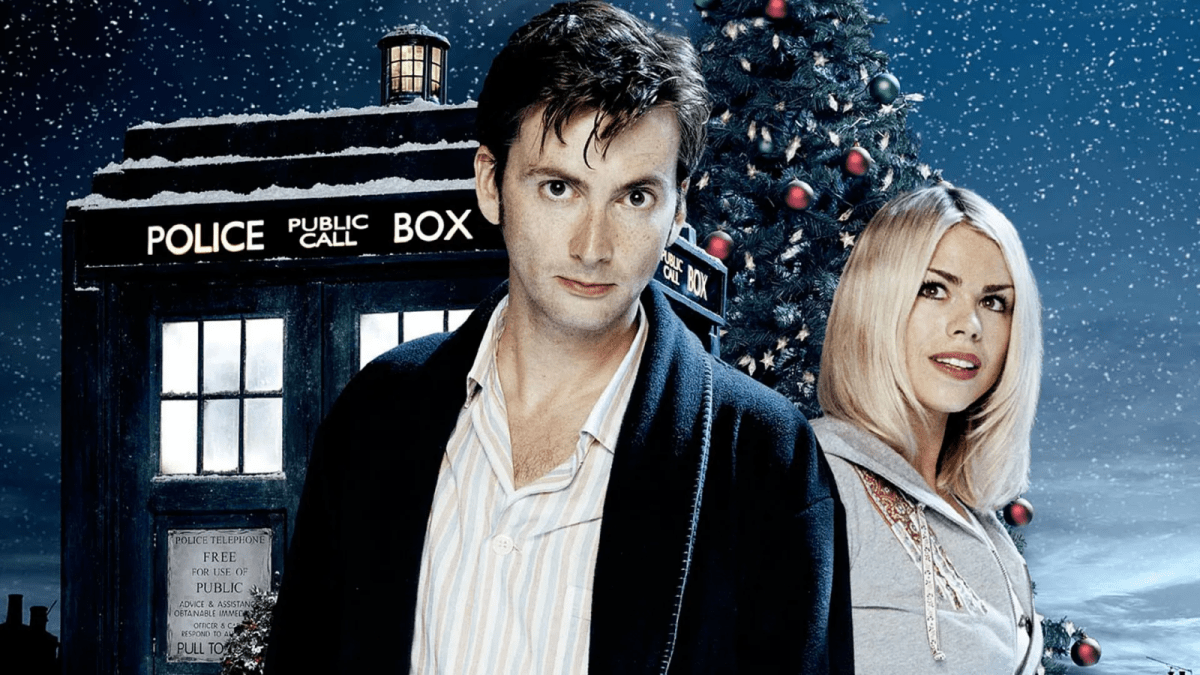 For the first time since the series returned in 2005, there is no new Doctor Who episode hitting screens this festive season, due to Jodie Whittaker’s era concluding this October. However, while that’s a bit of a downer, there is some good news that should raise Whovians’ yuletide spirits. Returning showrunner Russell T. Davies has confirmed that Christmas specials will be back starting in 2023.

The Thirteenth Doctor’s tenure switching to New Year’s Day specials was endlessly controversial with fans, as everybody agreed they just didn’t hit the same, so the promise that Ncuti Gatwa’s Fifteenth Doctor will once again be materializing his TARDIS onto TVs on Christmas Day is a welcome one. In celebration of the announcement, let’s take a look back at all 13 Doctor Who Christmas specials released to date and sort out the naughty from the nice.

A blend of Doctor Who and Chronicles of Narnia should’ve been a match made in heaven, but this Matt Smith-starring effort sadly fails to embrace the full potential of dropping the Doctor into a C.S. Lewis-like adventure and is mostly content to spend the bulk of its runtime having the characters stroll around a snowy alien planet. That said, its final reunion scene with the Doctor and the Ponds is beautiful.

While most Doctor Who Christmas specials can be accused of being too fluffy, “Last Christmas” swings entirely too far the other way — while its mature themes of grief and loss are to be commended, it’s hardly the perfect festive fare to watch after you’ve just stuffed yourself full of turkey. And once you throw in Nick Frost’s cringey Santa Claus, you have a tonally confused confection.

And the award for the Doctor Who episode with the most clickbait-y title goes to… “The Next Doctor” has always been notorious with the fandom for promising us that David Morrisey’s mysterious new character was the next incarnation of the Time Lord, before revealing the disappointing truth. Otherwise, though, it’s an enjoyable Victorian-set romp with a steampunk, kaiju-sized Cyberman.

A lot of fans would probably put “Return of Doctor Mysterio” at the bottom of the list as this Superman parody meets Christmas romcom is perhaps the most throwaway Christmas special of them all. But, screw the haters, it’s a charming standalone story that’s accessible and light in a way that the often dour and downbeat Peter Capaldi era usually wasn’t. A worthwhile attempt to spoof the superhero craze.

“The Snowmen” came around at about the middle of Doctor Who‘s Christmas special tradition and, sure enough, it’s pretty middling fare. Steven Moffat has penned far stronger scripts but he’s also written weaker ones, too. On the positive side, it’s fun to see the Paternoster Gang again and hearing Ian McKellen voice some evil sentient snow is a delight. The wishy-washy ending is rather naff, though.

The perfect partnership that is David Tennant’s Tenth Doctor and Catherine Tate’s Donna Noble perhaps elevates this episode in fans’ eyes a little higher than it should be, as it’s mostly a very fluffy runaround. That said, it does deliver a lot of laughs and entertaining moments — not to mention the new series’ first-ever mention of Gallifrey — even if the Empress of the Racnoss is wildly overacted.

All right, so “Twice Upon a Time” has even less plot to speak of than “Runaway Bride,” but it has such a perfect premise it’s impossible to stay mad at it — the First and Twelfth Doctors accidentally bump into each other at the North Pole while both resisting their regenerations. The Time Lord’s original and latest incarnations learning to love life again thanks to the magic of Christmas – what’s not to like about that?

Alex Kingston had already acted opposite both David Tennant and Matt Smith, but her chemistry with Peter Capaldi in this, sadly their sole episode together, makes this one of the finest River Song stories. It’s hilarious to see the Doctor’s endless frustration at his wife not recognizing his new face and their ultimate “happy ending” will reduce any fan of the time-traveling couple to bittersweet tears.

“Voyage of the Damned” remains the highest-viewed episode of Doctor Who ever, and it’s easy to see why. A Christmas special that takes the form of a Towering Inferno-like disaster movie with none other than Kylie Minogue as the Doctor’s companion is the show at its most widely accessible. Anyone aged eight to eighty can appreciate this fast, funny, and poignant rollercoaster ride.

While “Part Two” — which aired on New Year’s Day — is often criticized for being over-indulgent, “The End of Time, Part One” is a pitch-perfect opening chapter to the Tenth Doctor’s swansong. Highlights include the wonderful Wilfred Mott (Bernard Cribbins, we miss you), the return of John Simm’s Master, and one of the most mind-blowing, multi-faceted cliffhangers in all of Whovian history.

If “The Christmas Invasion” had been a flop, it’s possible we never would’ve gotten another DW Christmas special again. Thankfully, it served as a perfect introduction to David Tennant’s Doctor, even though it takes the genius route of holding back his entrance until late in the day to allow for Billie Piper’s Rose Tyler to take the lead, making it all the more exciting when he finally emerges from the TARDIS…

“The Christmas Invasion” would be unbeatable, then, if it wasn’t for “A Christmas Carol.” As the title suggests, this Doctor Who twist on Charles Dickens’ timeless tale sees the Doctor having to employ time travel to redeem a miserly Michael Gambon (Harry Potter) in order to save Christmas. It’s hilarious, heartwarming, and features flying sharks. What more could you want from a yuletide special?