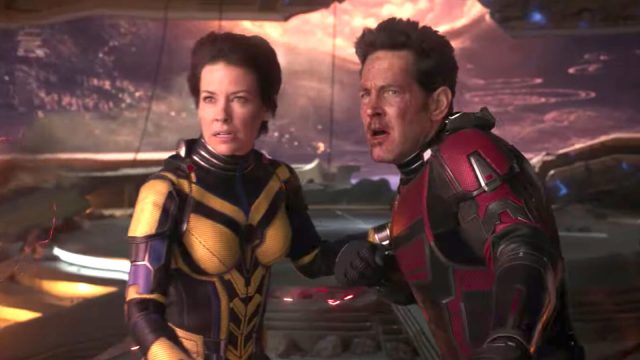 At this current point in time, the Marvel Cinematic Universe infamously features a wide range of scintillating characters who have either already received their own Marvel-fronted spinoff series and/or movie or are on the verge of receiving it. And while the latest chatter in the MCU has been centered around the ever-popular She-Hulk, the actor behind another Marvel fan-favorite is apparently holding out hope that a future series will focus on their character of Jim Woo.

Upon his initial arrival in the MCU back in 2018 with Ant-Man and the Wasp, fans immediately found themselves enamored with Randall Park’s Jim Woo, prompting a strong campaign for him to finally receive the spotlight that he so rightfully deserves. The beloved character, portrayed by Park, has subsequently made appearances in other forms of Marvel media, including WandaVision (2021) and Aquaman (2018).

Fast-forward to the recent release of the Ant-Man and the Wasp: Quantumania trailer, which includes the aforementioned agent, and the push for Woo to obtain his own Disney Plus series has returned — an idea that Park himself seems to be fond of. As per ComicBook.com, when asked about the idea of Woo leading an “X-Files-styled” series, Park insisted that he “wants to” partake in such a popular project.

As of now, Marvel has yet to confirm, or even slightly hint, at a Jimmy Woo spinoff actually happening. Still, MCU fanatics know a thing or two about holding out hope for a series — yes, we’re looking at you, She-Hulk season two — so the possibility for Woo’s MCU spotlight is far from over.

In the meantime, folks can witness Woo’s antics in Ant-Man and the Wasp: Quantumania, which arrives on Feb. 17, 2023.