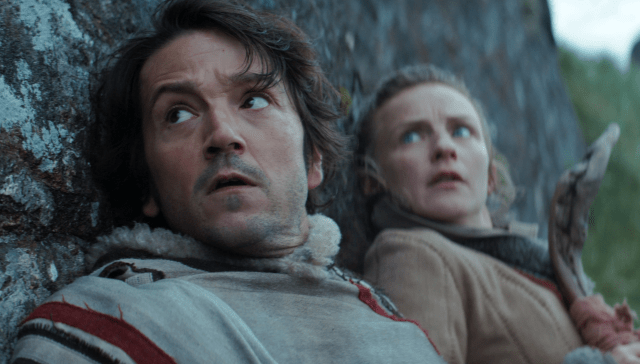 We’ve finally reached the end of Andor, and what a ride its been. Indeed, showrunner Tony Gilroy shot for the stars and hit Endor with this one.

Andor possesses the unique ability to stand on its own two feet in a world that’s been so defined by the original mythos dreamed up by George Lucas. What it lacks in the CGI space battles and fan service that so many Star Wars properties are used to employing, Andor‘s strength is derived from its masterful dialogue and intriguing web of political tension. In a canon so dominated by the likes of the Skywalkers, Andor manages to bring a whole new meaning to “character-driven” in Star Wars.

But even Gilroy’s masterclass isn’t above dipping into the fan service bucket here and there. We’ve already seen Rogue One fan favorite Saw Gerrera show up in the show, so it’s entirely possible we could get a few more whispers of Rogue One over the course of season 2.

And the folks over at r/StarWars have made it clear that they want Mads Mikkelsen back into the fold as Galen Erso, a research scientist who is forced by the Empire to build the Death Star.

The Galen hopefuls took straight to pitching their ideas for how the Rogue One character could end up appearing in Andor. With the finale’s post-credits scene revealing that the Narkina 5 prisoners were building parts for the Death Star, it wouldn’t be entirely out of place to introduce him.

Others were more skeptical about the idea, wondering if Galen’s appearance would require too much shoehorning to be worth it.

Whoever does or doesn’t appear in season 2, Gilroy has more than won the trust of the Star Wars faithful with Andor, and with production on the second season underway, we’ll all be keeping a sharp eye out for news on its release date.

The first season of Andor is available to stream in full on Disney Plus. The aforementioned second season will also be the final one.