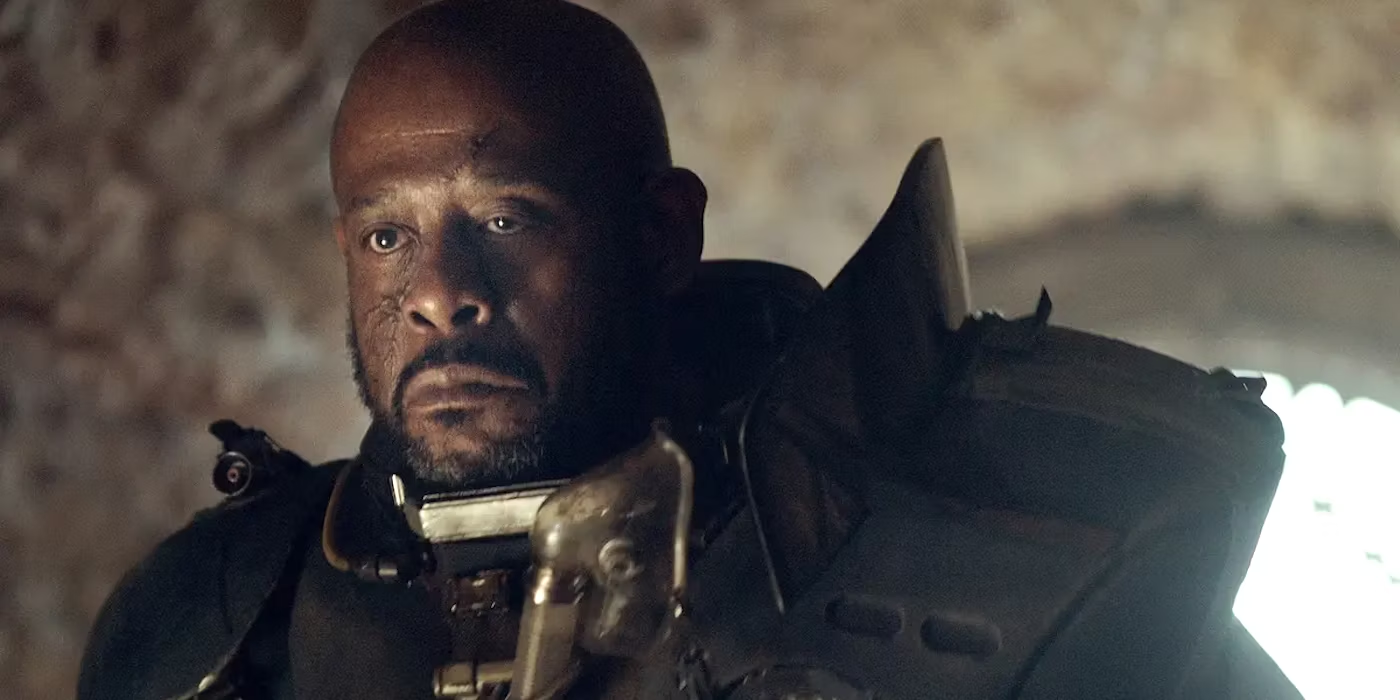 We’re a quarter of the way through Andor as of its three-episode debut on Disney Plus earlier this week, and by all accounts, the show seems to be firing on cylinders. The pre-Rebellion Star Wars universe is a fascinating if terrifying setting and protagonist Cassian Andor has a brand-new space to breathe alongside the many new characters we’ve been introduced to.

But it won’t just be new characters flanking either side of Cassian. We’ve long been expecting some cameos out of the latest Star Wars property, and among the most high-profile of them is Forest Whitaker’s Saw Gerrera, an extremist rebel whose incredibly violent moves against the Empire caused the Rebel Alliance to cut ties with him, according to the events of Rogue One, which Andor is a prequel to.

Gerrera eventually goes on to put together his own band of rebels, known as the Partisans, but seeing as Andor is set before the Rebel Alliance even existed, the show will likely introduce a side and history of Gerrera that we’ve not yet seen.

And it looks like we’ll have to be patient regarding what Gerrera’s deal is in Andor. When asked about what we can expect from Gerrera over the course of the show’s first and second seasons during an interview with The Playlist, series creator Tony Gilroy instead indulged in how the show explores the “sleeping giant” state of the future Rebel Alliance.

Stellan [Skarsgård] is playing a character, Luthen [Rael] who has kind of been quietly building a network and being a talent scout and a binder and a procurer for all these different things. And this is the moment that he’s going to go loud. And the show really, particularly in the second season that we’ll do the next four years, the other 12 episodes that we’re going to do, it’s really about what happens to—look, this revolution is hundreds of different groups and people and rebellions all over the place that are nascent and cooking, and they don’t know each other, and they’re not aware of each other.

Andor is currently available to stream on Disney Plus, with new episodes releasing every Wednesday until the season finale on Nov. 23.