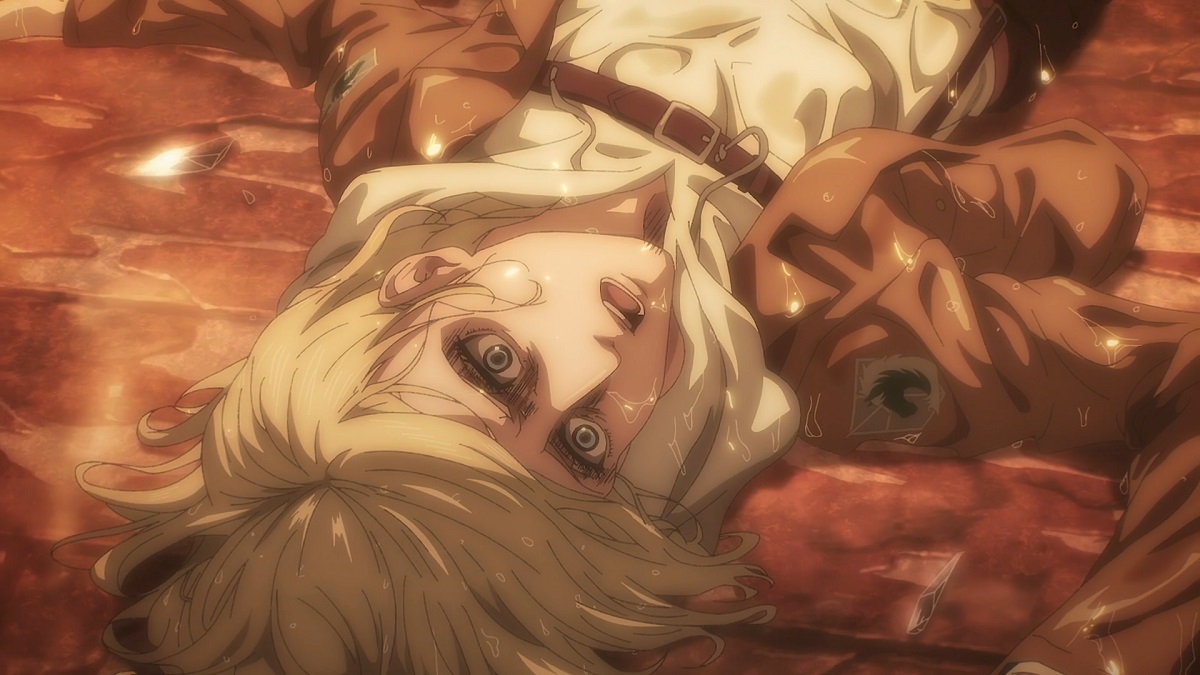 Image via MAPPA Ltd / Attack on Titan: The Final Season

With the Rumbling underway, the next episode of Attack on Titan will depict the remaining characters in Paradis coming to terms with the end of the world.

Eren is marching towards the rest of the world with his army of Colossal Titans, hell-bent on destroying every shred of civilization to save the Eldian Empire. The skies of Paradis, meanwhile, are still burning red from the aftermath of the battle between the Survey Corps and the Marleyan military.

Elsewhere, Connie has abducted Falco and intends to feed him to his mum, who is still stuck as a Pure Titan in their village. Armin and Gabi are racing through the land to catch up with the two, though the synopsis for the upcoming 83rd episode, titled “Pride,” teases a confrontation between Armin and Connie.

Will Connie make the right decision, or will Armin have to fight and kill his old friend to broker a truce between the Marleyans and the Eldians? You can check out the premise of “Pride,” courtesy of shingeki.tv, below.

“An army of advancing Titans will crush the unsuspecting population of the world soon. Will the warriors who look up at them stand still or rise up? The decision of two such soldiers in the forest is already set in stone.”

An alliance between the characters left standing is the only viable path to redemption for everyone, all in the vain hope of catching up to Eren and stopping him before he flattens the entire world. Though whether the main protagonist actually continues down that sinister path is uncertain at this point.