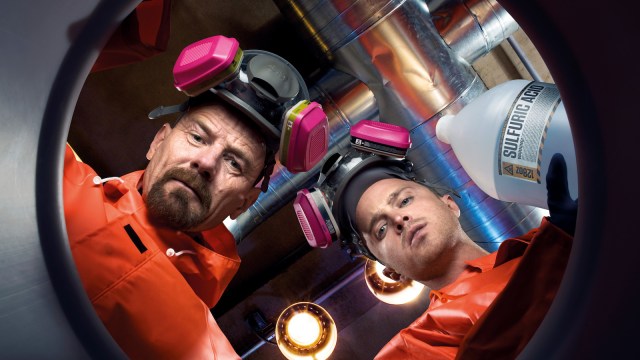 Better Call Saul is a week away from wrapping up the story of ambulance chaser Jimmy McGill who eventually becomes the beloved Albuquerque shyster Saul Goodman of Breaking Bad fame. And, with fans about to lose their fix of the *ahem* addictive Breaking Bad universe, they will be happy to know that series creator Vince Gilligan has announced that he’s preparing a brand new series that he’s planning to pitch.

Per Deadline, Gilligan’s new show, whatever it may be, will be produced by Sony Pictures Television which has an overall deal with Vince Gilligan’s production company, regardless of what network or streaming service it lands on (he’s planning to pitch it to eight or nine services).

However, if you’re expecting another gritty drama in the vein of Breaking Bad you’ll be disappointed. According to Deadline, the series is less Walter White and more Agent Scully.

“(It) is a departure from the world of drugs and crime he explored in Breaking Bad and its prequel, Better Call Saul, whose series finale airs Aug 15. Word is that the new show harkens back to Gilligan’s tenure on The X-Files.

“But don’t expect a sci-fi drama — when he was a writer-producer on The X-Files, Gilligan was known for focusing more on the human condition in his episodes, which is something he is said to also be doing in his new series, exploring similar themes of bending reality while holding a mirror to humanity.

While a throwback to The X-Files would please many genre fans, it sounds like the show blends the tone of another beloved sci-fi series.

“Described as a blended, grounded genre drama, the new series also is being compared to The Twilight Zone. It is said to be set in our world while putting a tweak on it, focusing on people and exploring the human condition in an unexpected, surprising way.”

Perhaps we can look forward to a reboot of his X-Files spinoff The Lone Gunmen. In any case, no matter what his show will be about, it’s guaranteed his millions of fans will eat it up like a meal deal from Los Hermanos Pollos.