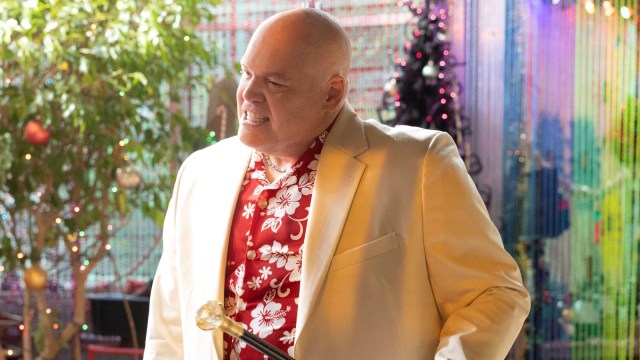 The calls for Daredevil to be saved by Marvel after the big Netflix purge of 2018 were loud and widespread, but still, lead actor Charlie Cox wasn’t entirely convinced he would ever reprise the role of The Devil of Hell’s Kitchen.

Cox’s costar, Vincent D’Onofrio, however, was certain from the start that the two would be getting a call from Marvel, the actor told The Hollywood Reporter.

“He would always say, “They’re going to call us.” And I’d get off the phone and be like, “No, they’re not, buddy. It’s over. Let it go. Too much time has passed.” So he was right all along. I really thought he was delusional about that.”

Cox and D’Onofrio, who plays the chilling mob villain Wilson Fisk, remained close friends after wrapping up Daredevil season three, and would often have long phone calls to reminisce, as well as speculate about a possible future for their characters. They still have them, but now “they’re actually filled with facts rather than [hearsay],” Cox told THR.

Due to contractual agreements, Marvel had to wait two years before it could bring the characters to any streamer that wasn’t Netflix. Fisk made his return to the screen first, in late 2021, in Hawkeye, but it was Matt Murdock’s big comeback that Marvel fans were dying for. After a too-brief cameo in Spider-Man: No Way Home, everyone’s favorite lawyer finally showed up in She-Hulk, as a love interest for the show’s main character Jennifer Walters, as well as the familiar crime-fighting double-lifer.

The two characters will finally meet in the MCU in Echo, which will center on Maya Lopez. Lopez was introduced in Hawkeye and revealed to be Fisk’s adoptive niece, despite their relationship not being on the best of terms by the show’s end. All this build-up will eventually lead to Daredevil’s solo show, Daredevil: Born Again.

Although Cox is still unsure of how much this new version of his character will differ from its Netflix counterpart, the Hawkeye and She-Hulk stints indicate that Fisk and Matt are different people in the MCU.

The calls where the two actors used to speculate about a possible return to the Marvel world have now been replaced with speculation about what this return will actually look like.

We’ll have to wait and see. Echo drops in 2023, with Daredevil: Born Again further off in 2024. Hawkeye, She-Hulk, and all previous Netflix shows are available to stream right now on Disney Plus.