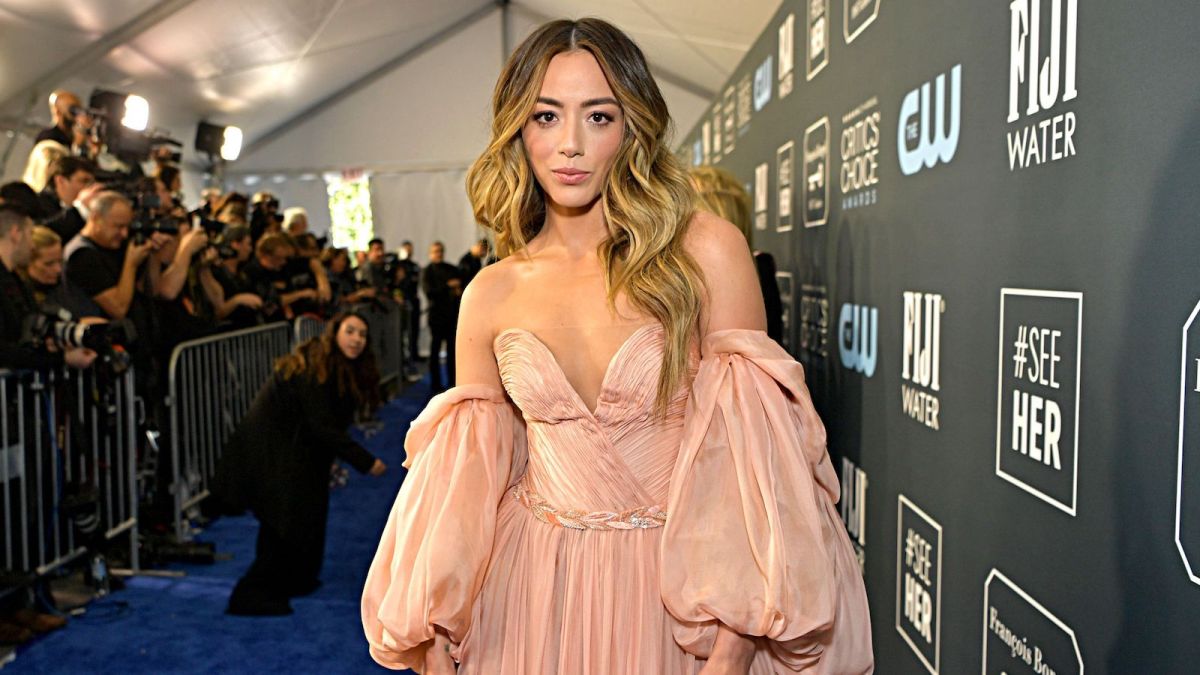 Fans of Marvel’s Agents of S.H.I.E.L.D. have been campaigning for the inclusion of their favorite characters in the main universe ever since the show premiered in 2013. After Clark Gregg’s on-and-off appearances in MCU films, Chloe Bennet is now the closest AoS fans have been to the crossover between the two worlds. But what could Bennet’s role in the MCU be exactly, and are the rumors actually substantial or just wishful thinking?

Agents of S.H.I.E.L.D.‘s connection to the MCU

Agents of S.H.I.E.L.D. was the first-ever television show to be a part of the Marvel Cinematic Universe’s main continuity, with storylines over the first few seasons largely revolving around cleaning up after the major events that took place in films like The Avengers, Thor: The Dark World, and Captain America: The Winter Soldier.

After a while, AoS‘ 22-episode season format made it impossible to conjugate storylines with the movies’ fast developing and increasingly ambitious developments. By the show’s third season, the connections to MCU’s main continuity became less prevalent and — with further seasons — almost entirely nonexistent.

Through the use of Inhumans, time travel, space travel, and virtual reality shenanigans, AoS forged its own path within the Marvel world, without much concern for whatever was happening in the films. They had their own world-threatening catastrophic events in season five, but did eventually tie it all together with a reference to Thanos’ Infinity War and Endgame invasion of Earth.

What does this mean for Chloe Bennet’s possible crossover to the MCU?

Bennet played Daisy Johnson, aka Quake in AoS. She’s first recruited into the team as a hacker, but develops fighting skills and eventually discovers she’s an Inhuman with the power to generate vibratory waves in the likes of an earthquake. Her backstory on the show closely mirrors her counterpart’s in Marvel Comics, but adapted to the cast of other characters that the writers were working with. Instead of being Nick Fury’s mentee, Daisy became Phil Coulson’s apprentice, who he treated like a daughter by the end.

In season three of AoS, Daisy leads a team of Inhumans — inspired by the Secret Warriors’ team-up in the comics — which is where things get more complicated. In the comics, the Secret Warriors, which include Daisy and Nick Fury, are heavily linked with the Secret Invasion storyline, which will be explored in the upcoming Disney Plus show of the same title.

Fans are convinced Chloe Bennet will play a part in Secret Invasion and will finally introduce the Inhuman race to the MCU’s main universe – after that Black Bolt tease in Doctor Strange in the Multiverse of Madness.

Of course, this raises complicated continuity issues with AoS. A possible solution would be giving Daisy the same multiverse treatment they have given Daredevil and Wilson Fisk, for example. This would mean that if Daisy were to be introduced in the main MCU continuity, and especially be played by the same actress, her character would probably be a variant of her AoS version, with a lot of similarities, but enough differences to make the inclusion possible, story-wise.

In the likes of Daredevil, this solution allows for the nostalgia that comes with the return of a fan-favorite character and actress without originating distracting and downright destructive plot holes and continuity discrepancies.

Other options beyond Secret Invasion

With Marvel now making great strides to bring fan-favorite characters and actors into their main universe — like the aforementioned Daredevil, reprised by Charlie Cox, Tobey Maguire and Andrew Garfield’s Spider-Men, or Hugh Jackman’s Wolverine — the sky is the limit.

For one, Agents of S.H.I.E.L.D. did an amazing job with bringing the Inhumans from comics to the screen, so it’s a shame it doesn’t really count toward the MCU. Chloe Bennet coming back as Daisy to form a team of Inhumans would finally give this fascinating race a fair chance to lead its own series or film, after the disaster that was ABC’s Inhumans show. And while we’re at it, please bring back Elena “Yo-Yo” Rodriguez too!

Yet another character to have a great arc in Agents of S.H.I.E.L.D. that never got the recognition it deserved, Robbie Reyes is Johnny Blazes’s successor as the Ghost Rider. He develops a pretty close relationship with Daisy throughout season four of the show. If Ghost Rider was ever to be introduced in the MCU, they would probably go for Blaze, since he is the most famous vessel in the comics. However, if they do decide to bring back Robbie, it would be a great way to bring back Bennet as Daisy as well.

With Monica Rambeau getting her moment to shine in the upcoming The Marvels movie, her and her mother’s intelligent agency S.W.O.R.D. will surely be at the forefront of the MCU for a bit, after remaining mostly in the background for years.

The agency — which specializes in alien threats — will probably assist Nick Fury and Maria Hill in Secret Invasion and could become a long-term collaborator of S.H.I.E.L.D. Given Daisy’s experience in AoS with races from other planets, including the Kree, she would be a great addition to the team.

Chloe Bennet is probably one of the most popular actresses among fans of AoS, but the show was jam-packed with incredible actors and characters that deserve to come back as much as she does. Obviously, Clark Gregg as Phil Coulson, but also Ming-Na Wen as Melinda May, Iain De Caestecker as Leo Fitz, and Elizabeth Henstridge as Jemma Simmons all created one of the most amazing Marvel teams out there, which has sadly never been properly given its flowers.