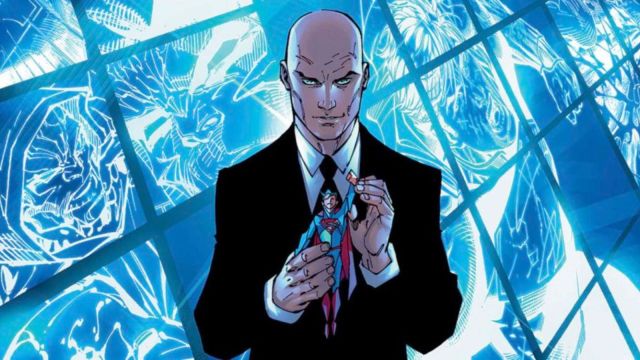 Titus Welliver is joining the cast of DC’s Titans as one of the franchise’s most iconic villains, and it didn’t take much convincing.

As Titans approaches its fourth season, the series continues to expand its roster following previous introductions of fan favorites like Scarecrow and Barbara Gordon.

The former star of detective series Bosch is to join the series’ latest season as Lex Luthor, with the showrunner recalling just how easy it was to get Welliver onboard for the HBO Max series. During an interview with Entertainment Weekly, showrunner Greg Walker spoke of how big a fan Welliver is of the source material.

“You usually have to do this whole dog-and-pony show to get an actor to do the show. But when I called to kind of lure him in, I could barely get a word in. We were talking on the phone and he was just walking through his library, telling me about all his Wolfman/Perez Titans editions. He’s a giant, giant fan. He’d watched every episode of the show, and could tell me about certain stories, certain shots. It was the most unexpected call I’ve ever had.”

Walker spoke of Luthor’s specific type of evil, describing it as “a very sensitive and thoughtful” approach to villainy in powers.

“He has a very sensitive, thoughtful approach to evil and power. You know what he’s done, what he’s capable of doing, except like many of those people, he’s personable. He doesn’t have a cat on his lap. Yeah. He’s curious, which I think is very interesting about his character. He wants to know about people and what makes them tick, and how they’re different from him. He sees the world through the lens both of his own power and his own inadequacy, and tries to compensate for both.”

Luthor has been one of the most popular characters to pop up in DC adaptations, with the character popularized by Gene Hackman’s portrayal in the first four Superman films.

Titans‘ fourth season is set to debut on HBO Max in November.