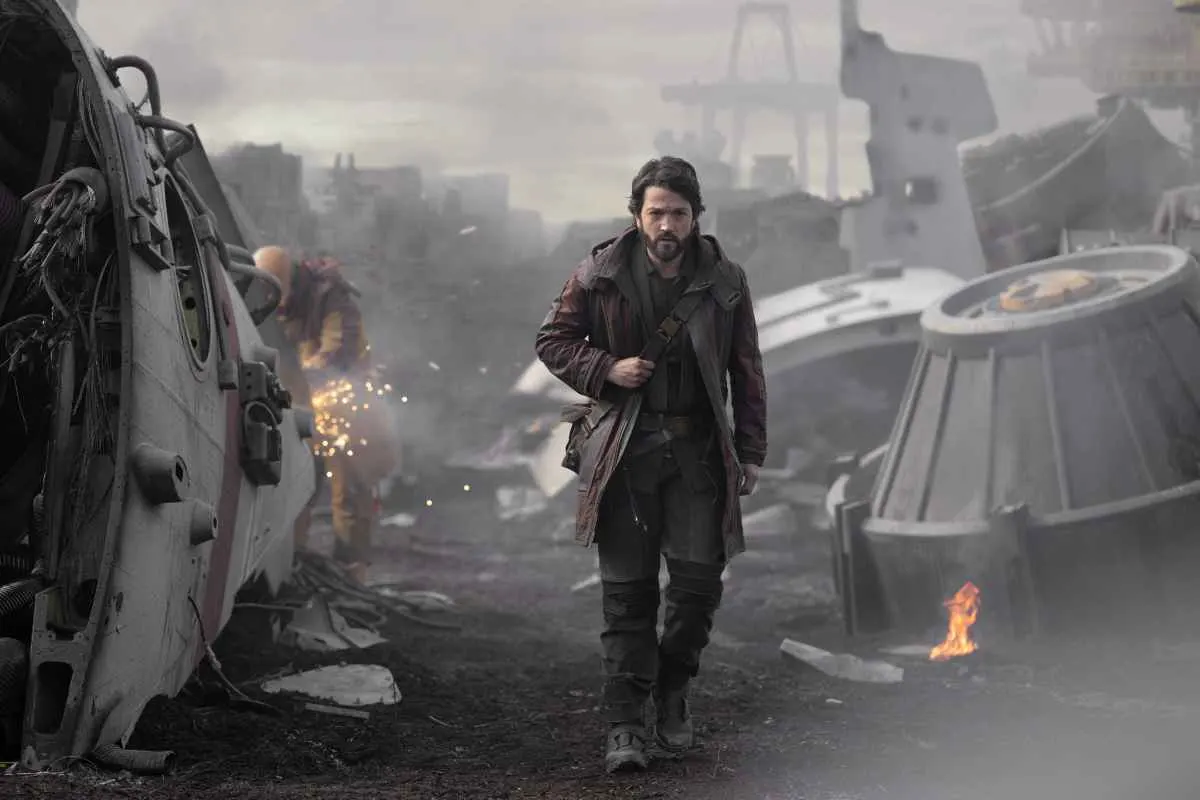 It was greatly telegraphed that Andor, the latest in a long line of modern-day Star Wars content, was going to walk to its own song, favoring more intimate characterization and intrigue over the extravagant sci-fi action we tend to know the franchise for. Indeed, the space opera is taking on a brand new ethos, and fans and critics alike seem to be here for it.

But it’s not just the genre that’s been shaken up by Andor; given that it’s set five years before Jyn Erso seized the Death Star plans from the Empire, this era of the Star Wars timeline is still very much congested by the gross, almost negligent iron fist of the Empire. It’s apparent very early on that this isn’t a world where one can nonchalantly step out of line, lest the unrelenting bloodlust of the Empire bare its teeth at them.

All of Andor‘s deviations were of great interest to Diego Luna, who plays the titular Cassian Andor in the show. And according to an interview with Entertainment Weekly, this poignant showcase of oppression is among the show’s greatest draws, in his opinion.

“There are no two sides yet. I think the beauty of this show is that we are going to see what oppression looks like, feels like — what it is to be in a marginalized world where you can’t articulate community and where all your freedom is taken away.”

Cassian himself takes this observation on oppression a step further; we quickly gain an understanding of what he meant back in Rogue One when he said he’d been fighting since he was six years old. Coupled with an accent that no one else shares with him, there’s a certain personal isolation that Cassian represents against the wider portrait of oppression in Andor.

“We’ll understand why Cassian sounds different than anyone else in Rogue One. No one has that accent. No one seems to come from where he comes from. We’ll get to understand that, and understand what that past really is. And what he means with the struggle, with the dark past, with being part of a fight since he was really young. And I believe is a story of someone that has been forced to migrate and is a refugee. It’s someone that clearly has gone in this life through the experience of the Empire taking away everything.”

Andor is available to stream on Disney Plus, with new episodes releasing every Wednesday until the season finale on Nov. 23. You can read our review of the series here.