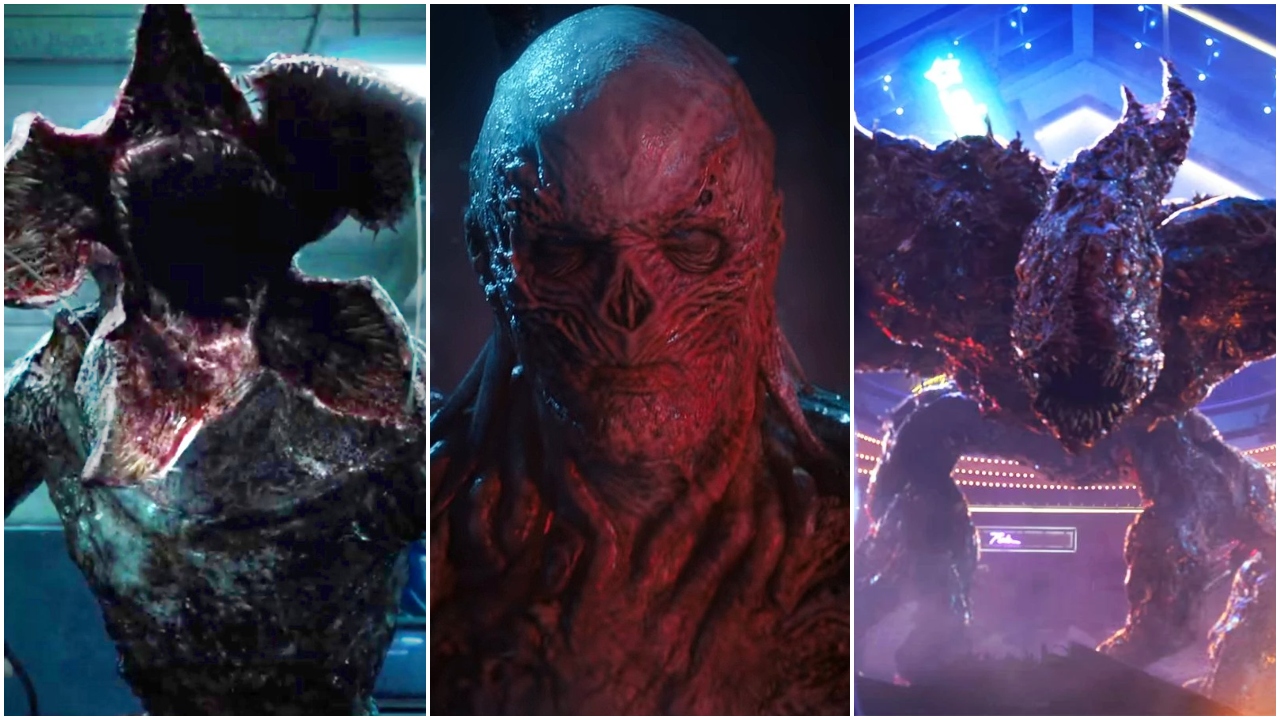 Netflix’s fantasy mega-hit Stranger Things is the home of some of the most disastrous creatures from the Upside Down – an otherworldly dimension that replicates normal life in Hawkins, Indiana. And while most of these terrifying creatures are determined to exist outside of Hawkins and command the entire world, the Hawkins gang is there to prevent these villains from accomplishing their plans. Still, each devastating monster possesses its own set of strengths and weaknesses that cause amok within Hawkins.

While some of these creatures have escaped through one-dimensional gates, others have laid dormant in the shadows of Hawkins until the time was right to invade the population. And even though a few of these creatures don’t seem as threatening as others, their existence undoubtedly still poses a risk for those that find themselves caught in their warpath.

Fans of the sci-fi series are currently enjoying Volume One of the mind-bending fourth season, where a new baddie has been introduced. Through each season, there have been a handful of memorable monster villains that make our spines tingle and our skin crawl. Before Volume Two is released on Netflix in July, here’s our definitive ranking of the monsters in Stranger Things based on their evilness.

While it’s hard to imagine Dart as a gruesome figure that poses incredible danger, he technically still fits in the category of monsters in Stranger Things. However, because of his generally sweet nature and lovable bond with Dustin Henderson, he comfortably sits at the bottom of the pile as far as the title of evilness goes. Dustin initially found Dart in a trashcan next to his house after trick-or-treating, prompting him to open his home to the creature and keep him safe in a turtle tank before deciding what to do with him. Dart eventually doubled in size and, with the help of the rest of the kids, Dustin realized that Dart was a mini Demogorgon.

Members of The Flayed were normal citizens in Hawkins that were forcefully manipulated by the Mind Flayer and kept under his control. While these members were not technically evil during their regular lives, they were undoubtedly evil when possessed by the Mind Flayer’s control and ordered to possess others in order to create a larger army of servants. Some of these members include Heather Holloway and Billy Hargrove, who both later died due to the effects of the Mind Flayer’s warped abilities. Before his death, Billy was able to persuade many people in Hawkins to join the Mind Flayer and to sacrifice themselves as zombie-like soldiers.

The Demodogs were one of the main protagonists in the second season of Stranger Things — and much like the fully-formed Demogorgon — the pack of Demodogs were under the mind control of the vicious Mind Flayer, who uses veins and wires within the Upside Down to communicate with and control other monsters from the dimension. The Demodogs were rampant in the show’s second season, and were even involved in confrontations with Steve Harrington and Dustin Henderson while trying to hunt down residents in Hawkins. The Demodogs are also responsible for the death of Bob Newby, which is unequivocally evil, if you ask us.

The Demogorgon is easily one of the most popular monsters in Stranger Things, considering it was the first villain that was introduced in the series. The Demogorgon shows up in the very first episode of the show, where the monstrous figure kidnaps Will Byers and holds him hostage in an otherworldly dimension known as the Upside Down. The origin of the Demogorgon was initially unknown, until Mike, Dustin, and Lucas noticed strong comparisons of the monster to a creature in the Dungeons & Dragons interactive game. The Demogorgon was insanely popular for its dominating physical appearance and desire to feast on citizens in Hawkins, which undoubtedly makes it one of the more evil creatures from the Upside Down.

As one of the most unpredictable and unsettling monsters that we’ve ever experienced in Stranger Things, it comes as no surprise that Victor Creel aka 001 — aka Vecna — ranks as number two (get it?) on this list of baddies. The brand-new villain was introduced in the action-packed fourth season of the hit sci-fi series, and the monster’s origin story thus far has been both perplexing and enjoyable. Unlike other monsters in the show, Vecna uses a curse-like trance over his victims that results in them finding themselves floating to the sky before he tears their bones to shreds. And while his overall motive is not yet exactly clear, we can only expect his warpath to continue in Volume Two. Now that’s just plain evil, isn’t it?

The most terrifying aspect about the Mind Flayer is his ability to alter his general appearance and transform into other unimaginable monsters, such as the Hospital Monster that hunts down Nancy and Jonathan, and the Spider Monster that terrorizes the group in the Starcourt Mall and eventually murders Billy in an act of revenge. The Mind Flayer ranks as the most powerful and influential protagonist in Stranger Things, where he often maintains control and possession over other creatures within the Upside Down – forcing them to submit to his violent approach and dangerous plan to take over the world. The Mind Flayer perfectly uses his weapons to his advantage and distributes them across Hawkins where he sees fit — which includes infecting Eleven and Will with pieces of himself — making him the most evil monster in the series by far.