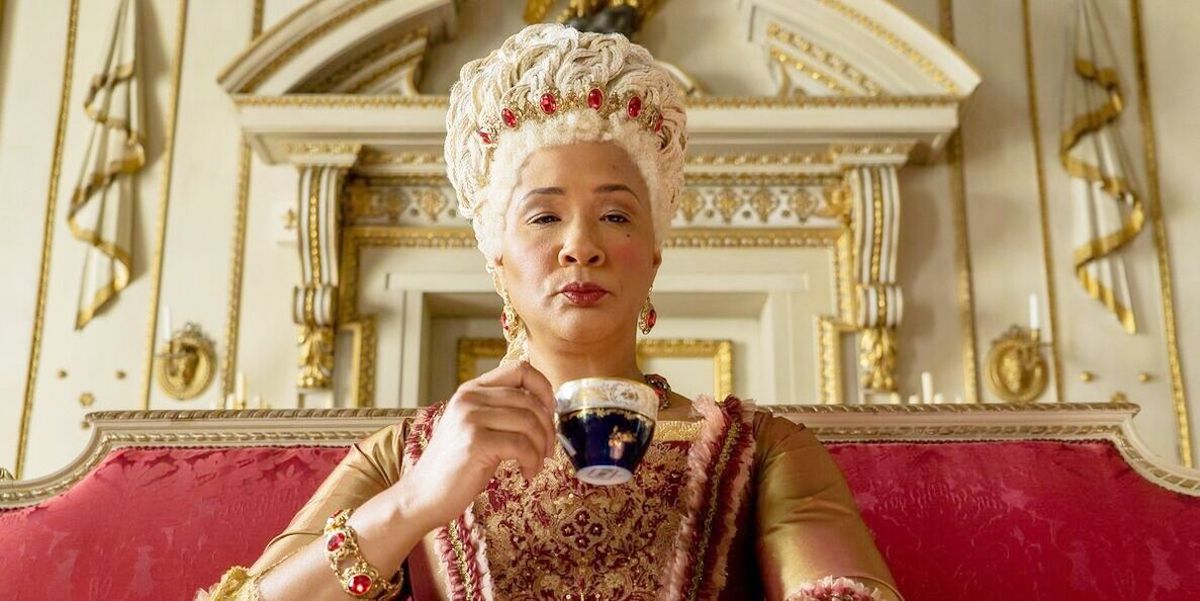 Hot on the heels of Bridgerton season two having one of the biggest opening weekends in Netflix history, the streaming giant is moving forward with a spinoff of the smash-hit Regency-era romantic drama. As originally announced last year, this spinoff will be a prequel that will focus on the romance between Queen Charlotte and King George, who have both been prominent characters in the main show’s first two seasons.

Get ready to leave the Bridgerton siblings and their love lives behind, then, and instead delve into a story inspired by the real-life romance of the British monarchs. Thanks to the first casting details about the project now having being revealed, we’ve got a decent idea of what to expect from the spinoff, which will no doubt make a huge splash when it eventually finds its way to Netflix.

Read on to discover everything we know about Young Queen Charlotte’s as-yet untitled show so far, from its storyline, cast, and crew to when it could hit streaming.

What will young Queen Charlotte’s show be about?

According to its logline, the spinoff will tell the story of how the young Queen’s marriage to King George III sparked both a great love story and a major societal shift, creating the world of the ton inherited by the characters in Bridgerton.

In season one, Lady Danbury explained to the Duke of Hastings that it was George’s marriage to a Black woman like Charlotte that allowed for people of color to rise in stature in society. It looks like we’re about to see this more fully explored in the prequel series.

The regal romance won’t start out so loving, though, according to further plot details. The spinoff will begin with Charlotte arriving in London having been betrothed to the mysterious King of England against her will, only to find that the royals are not what she was expecting. As she learns to navigate the palace, the ton, and her unpredictable husband, Charlotte will grow into one of Europe’s most unforgettable monarchs.

The spinoff will also feature fan-favorite characters Lady Danbury and Violet Bridgerton in key roles, revealing how their own marriages began.

Who will be in it?

It seems that the prequel will have some kind of frame narrative that takes place in the present-day of the main Bridgerton series, as Golda Rosheuvel, Adjoa Andoh, and Ruth Gemmell are on board to reprise their roles as the Queen, Lady Danbury, and Violet Bridgerton.

In the lead as Young Charlotte, however, is India Amarteifio, most known for appearing with Thandie Newton in Line of Duty. Starring opposite her as on-screen husband is Corey Mylchreest (to be seen in Netflix’s upcoming The Sandman). His Young King George is described as handsome, charismatic, and a bit of a mystery. He’s always bowed to the restraints placed on him as the Crown, but his new wife will force George to face his hidden demons head-on.

Elsewhere, Michelle Fairley (Game of Thrones) is Princess Augusta. Determined to maintain her family’s power, the Dowager Princess does whatever it takes to secure her son’s place as king amid a changing, modernizing Britain. Screen newcomer Arsema Thomas plays Young Agatha Danbury. Under the thumb of a much older husband, Agatha uses Charlotte’s arrival to find her own way into society. She’ll become a guiding light for the new Queen, all while finding her own voice and power.

The ensemble likewise includes Sam Clemmett (Harry Potter and the Cursed Child) as Young Brimsley, with Hugh Sachs reprising his turn as the older Brimsley, the Queen’s right-hand man. Richard Cunningham (The Witcher) is Lord Bute, Tunji Kasim (Nancy Drew) is Adolphus, Rob Maloney (Casualty) is the Royal Doctor, and Cyril Nri (Cucumber) is Lord Danbury. Young Violet has yet to be cast.

The involvement of one of TV’s most celebrated showrunners, Shonda Rhimes, was what made Bridgerton such a must-see in the first place, with the Grey’s Anatomy creator being in large part responsible for revitalizing the period romance genre, thanks to her decision to diversify the world from the original novels by author Julia Quinn.

The good news is that, yes, Rhimes is still on board for this prequel series. She once again serves as executive producer, alongside Betsy Beers, with Tom Verica set to direct. Bridgerton EP Chris Van Dusen is not attached, however, as he exited the franchise following season two.

When will it be released on Netflix?

This is probably the biggest question fans want an answer to: when will the Bridgerton spinoff be out? It’s too early for Netflix to have confirmed a release date, so for now, it’s up to us to make like Eloise trying to solve the mystery of Lady Whistledown’s identity and play at being detective ourselves.

Along with the first plot and casting details, Netflix unveiled some behind-the-scenes images from the first in-person table read for the show this week. This tells us that filming has yet to start but that it’s likely due to go before cameras soon. Bridgerton season two started shooting at a similar time of year in 2021 and it just arrived on streaming 12 months later, so there’s a decent chance we could see the prequel in spring 2023.

It also seems probable that the prequel will come out before season three. While we know that Bridgerton has been renewed through season four, we have yet to receive word that the next run is as close to production as its spinoff. That means it’ll either be here in late 2023 or else in 2024.

For the moment, you can catch both seasons of Bridgerton on Netflix.