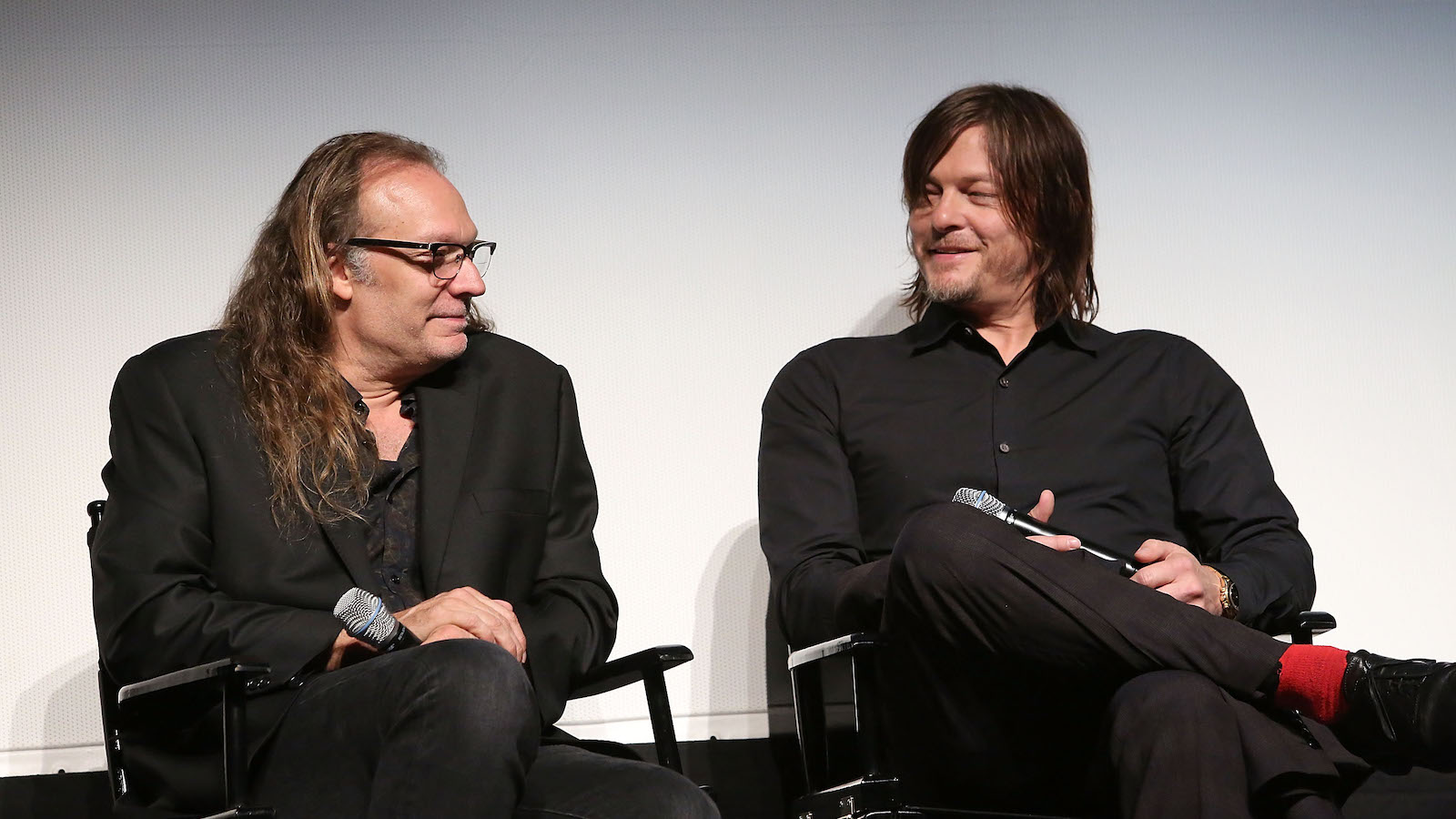 Greg Nicotero and Norman Reedus are stirring up all of the emotions in the latest video posted to Nicotero’s Instagram. The Walking Dead is currently airing its final episodes on AMC, and today, the cast and crew are saying a meaningful and tear-jerking goodbye to their home for the last 12 years.

The Walking Dead became a pop culture phenomenon, creating a community of fans as loyal as they come. The cast and crew became friends as they’ve worked and lived together, and it’s only fitting that the emotions on set are high today. As Nicotero greets Reedus for a ‘last day’ video, you can tell tears are brimming in their eyes.

Of course, they’re saving the big emotions for later as Reedus promises that in 12 hours, he’ll be crying on the bathroom floor with a martini — and honestly, we can relate. Saying goodbye to The Walking Dead is a heavy ask of fans, and while the universe will continue, it’ll be a different place without the thing that started it all.

Reedus pulled his friend in, and we all got emotional just watching the 30-second clip.

“I love you buddy. Thanks for everything, it’s been a real joy — you know what I mean.”

When Nicotero asks if he remembers when they were just babies and started this whole thing, Reedus admits that he can’t really wrap his mind around it right now — feeling like his brain is short-circuiting as they sit so close to the end of the road. Knowing they’re closing the gates around Alexandria for the last time is hard to imagine; we can’t fathom what they’re feeling today. For all of the tears, we’re confident of one thing — there’s got to be a lot of love and pride there today.

The Walking Dead is airing its final episodes on AMC Sunday nights. The last season is airing in three parts, and fans are currently close to the end of part two. You can catch up with AMC Plus if you’ve missed any pieces of the puzzle, and trust us, you’ll want to stay up to date as we draw close to a goodbye.