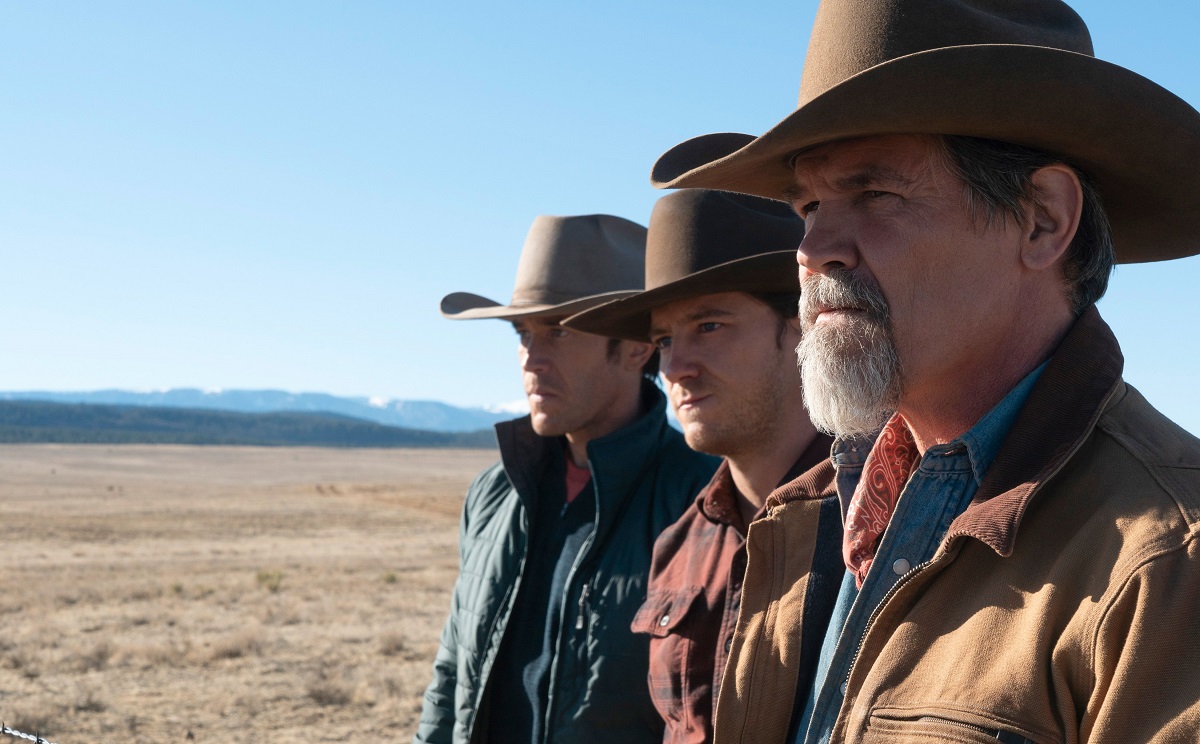 You wouldn’t expect that a science-fiction, neo-Western starring Josh Brolin and Imogen Poots would go under the radar and be relatively unnoticed, but that was exactly what happened when Prime Video released season one of Outer Range over four weeks from April 15 to May 6.

What is Outer Range about?

Outer Range follows the Abbotts, a family of Wyoming ranchers led by Royal Abbott (Josh Brolin). While the family reels from the sudden disappearance of Royal’s daughter-in-law and wife to his oldest son, they find themselves embroiled in a land dispute with the Tillersons, a neighboring, more successful rancher family. When a murder occurs in the community, the Abbotts must band together to protect their family.

Oh, also, there’s the little matter of the very bizarre and presumably otherworldly black hole that Royal finds on his land. The abrupt appearance of this hole coincides with the suspicious arrival of a drifter (Poots) who pays to camp on their land.

Who is in the cast?

As with a lot of big-budget streaming shows, the cast of Outer Range is full of accomplished and talented actors that would be instantly recognizable to viewers, even if you can’t recall their names. For the sake of brevity, we are going to focus on the warring Abbott and Tillerson families (and the mysterious stranger).

Film legend Brolin takes a break from Caladan or from trying to bring balance to the universe for some light ranching as Royal Abbott, the patriarch of this Wyoming ranching family. That is, until he finds a mysterious black hole on the west pasture of his land that provides him with some prophetic visions when he touches it. These visions, consciously and subconsciously, end up dictating his actions throughout the rest of the first season.

Royal also has a mysterious past that is unclear to the audience, and we are only informed that he wandered onto the Abbott’s farm as a child and was sympathetically taken in by the family.

Imogen Poots is an English actress audiences might know from her recent roles on the Mark Ruffalo-starring HBO miniseries, I Know This Much Is True or the Academy Award-winning The Father.

Here she plays Autumn, the mysterious drifter camping on the Abbott’s land. Her appearance, which suspiciously coinciding with the appearance of the black hole, provides a stir to the various members of both the Abbott and Tillerson family. Eventually, Autumn becomes the antagonist to Royal, but who is she, and what’s her connection to the Abbotts?

Three-time Emmy nominee Lili Taylor stars as Cecilia Abbott, the matriarch of the Abbott Family. A deeply religious woman, she finds her faith tested with the occurrence of certain events both within her family and her larger community.

Tom Pelphrey is perhaps best known for his Emmy-nominated role as Ben Davis on Netflix’ Ozark, but he is probably recognizable to certain fans as Ward Meachum on the largely maligned Iron Fist. He also played Joseph L. Mankiewicz in David Fincher’s Mank and can currently be seen in Maria Schrader’s She Said.

In Outer Range, he stars as Perry Abbott, the older of the two Abbott sons, father to Amy Abbott and husband to the missing Rebecaa Abbott. When we find him at the start of the show, his wife has been missing for over nine months, and the police department are on the brink of closing the case. Then a fateful night puts Perry and the entire Abbott clan at risk.

Fans of Pelphrey’s work will not be disappointed as he does some very impressive work over the course of the season as he begins to question who may or may not know more than they are letting on about the disappearance of his wife.

Lewis Pullman shot to popular recognition as part of the ensemble cast of Bad Time at the El Royale, and he is probably now best known as Lieutenant Robert Floyd and his hilariously basic call sign of “Bob” from this summer’s monster hit, Top Gun: Maverick.

Here he plays the fiercely loyal younger son of Royal and Cecilia Abbott and is a professional bull rider. He finds himself constantly torn between his competing desires to live up to his father’s legacy as a legendary rider or leave town with his college love.

Fresh off his three-year run on the multiple Emmy-winning Schitt’s Creek, Noah Reid stars here as the youngest son of the Tillerson family who unexpectedly gets intertwined with Poots’ Autumn which leads to unforeseen circumstances for all the characters.

Close followers of Noah Reid’s musical career will be pleased to know that he has an extended singing sequence in the first season of Outer Range.

Shaun Sipos, whom viewers might know for his roles on The Vampire Diaries, Dark Matter, and Krypton, plays the eldest of the Tillerson children. Desperate to earn his father’s respect and recognition, he goes to great lengths to support his family in their land dispute with the Abbotts.

Will Patton as Wayne Tillerson

Prolific character actor Will Patton (Minari, Halloween) plays the Tillerson patriarch. Harboring a dark and mysterious past, he grows an unexplained infatuation with the west pasture of the Abbott land and is determined to own it, much to the initial confusion of his entire family.

Tony award-winner Deirdre O’Connell plays Patricia Tillerson, Wayne’s estranged ex-wife and the mother of both Billy and Luke. To say any more about her character’s introduction and motivations would risk spoiling essential plot points.

Is there going to be a second season?

The short answer is that yes, there will be a second season of Outer Range. Prime Video renewed the show in October. However, that renewal came with a pretty important change. The first season’s showrunner (and show creator), Brian Watkins, will be replaced. Charles Murray, who has worked on series like Sons of Anarchy and Marvel’s Luke Cage, will now take up the showrunning duties for the second season. What this may mean for Outer Range going forward is still too early to tell, but all initial signs point to Watkins staying on as an executive producer.

Whatever the effects of this change, we can’t wait to see more of Brolin’s time-travelling, sci-fi Western when it returns for its second season.