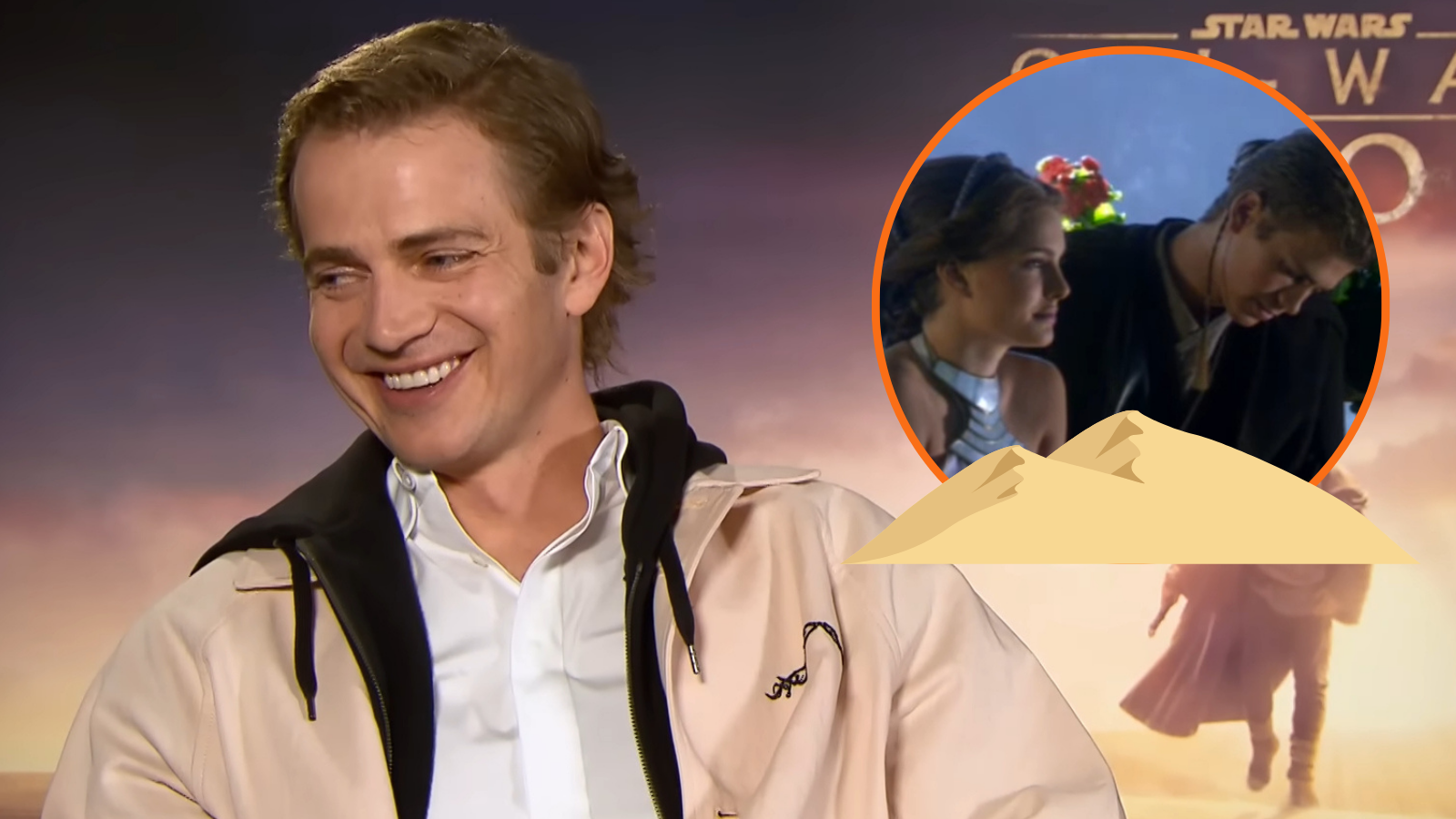 Image via Kino Plus & Lucasarts Films

In an interview with Kino Plus, Christensen sat down and talked about his return to the franchise to play Darth Vader in the upcoming Star Wars Disney Plus series Obi-Wan Kenobi.

“It didn’t require much convincing. I was so excited to come back and do more with this character and just get to be a part of the Star Wars Universe again”.

Christensen was asked about his thoughts on sand since some of the scenes set in Tatooine were shot on location. Despite him not minding it, he says he understands why Skywalker may not like it.

“I understand Anakin’s contempt for sand. He grew up on a desert planet. It wasn’t the best experience for him. But yeah, I don’t mind it.”

For those who haven’t seen the prequels, Anakin tells Padme in Star Wars Episode II: Attack of the Clones that he doesn’t like sand because “it’s coarse, rough, and irritating, and it gets everywhere”.

Obi-Wan Kenobi is a new live-action Star Wars series taking place 10 years after Star Wars Episode III: Revenge of the Sith. The series will have the old Jedi Master face the fall and corruption of his best friend and apprentice Anakin Skywalker as he turns into Darth Vader. The series brings back Ewan McGregor to play Obi-Wan Kenobi and Hayden Christensen as Darth Vader.

Obi-Wan Kenobi will have six episodes in season one and it comes out on Disney Plus on May 27, 2022.