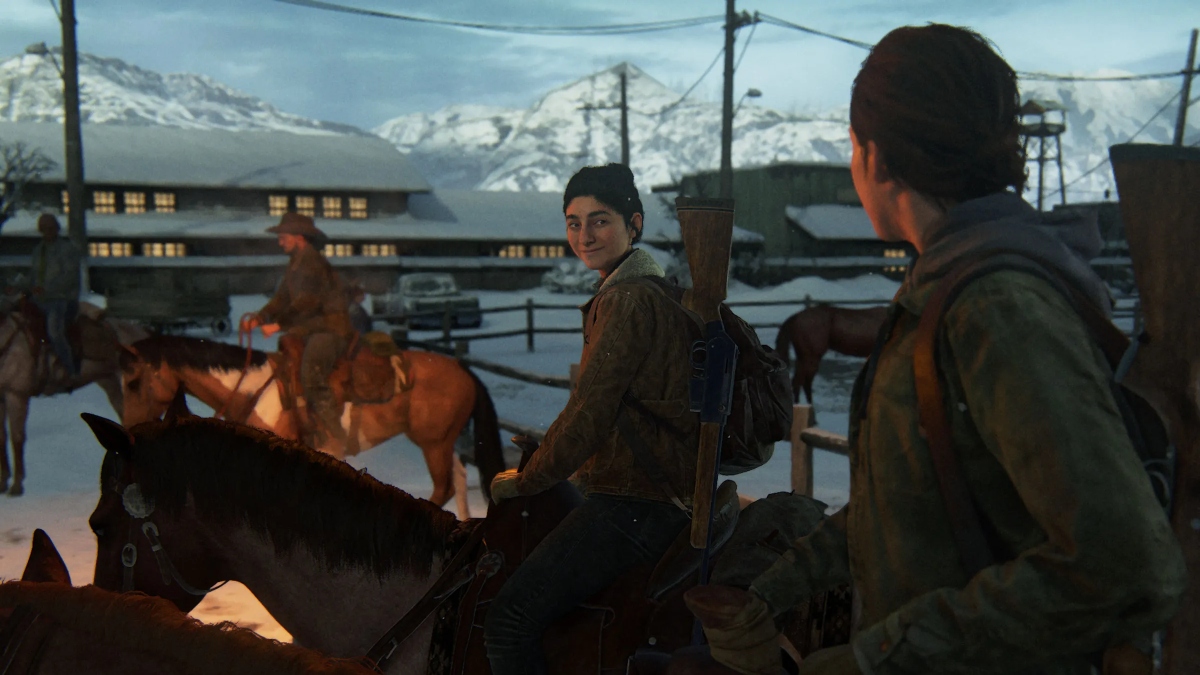 We’re just two episodes in and already HBO’s The Last of Us is wowing audiences everywhere. After premiering with “When You’re Lost in the Darkness” on Jan. 15, HBO’s viewership skyrocketed by the time “Infected” aired on Jan. 22. Starring Pedro Pascal as Joel and Bella Ramsey as Ellie, The Last of Us adapts the video game series of the same name from Naughty Dog and follows Joel and Ellie across a post-apocalyptic America in the aftermath of a fungal infection outbreak that’s plagued the globe for decades. Joel is tasked with delivering Ellie to the Fireflies, a resistance group campaigning for freedom and safety against FEDRA, an organization that seeks to live in fear and contain the infection by any means necessary.

In just two weeks, The Last of Us has introduced us to some fascinating characters, many of whom will be familiar to hardcore fans of the games. We’ve grown accustomed to Pascal’s Joel and Ramsey’s Ellie, but we’ve also seen glimpses of Nico Parker’s Sarah (Joel’s daughter), Merle Dandridge’s Marlene (leader of the Fireflies), Brendan Fletcher as Robert (an arms dealer in Boston), Gabriel Luna’s Tommy (Joel’s brother), and Anna Torv’s Tess (Joel’s smuggling companion and fellow survivor). Although Tess met her untimely end (as did Sarah), Tommy’s nowhere to be seen, and Marlene’s nursing a gunshot wound, we’ve only really seen Joel and Ellie consistently.

HBO have yet to announce another season, but considering the viewership is off the charts, it’s only a matter of time before the series gets renewed. Presumably, a second season would adapt the second game, The Last of Us: Part II, which further explores Ellie and Joel’s story and sees Ellie entering adulthood. There’s so many iconic characters in Part II, but which ones are we dying to see on our screens?

She’s essentially the central focus of Part II besides Ellie, so we couldn’t possibly leave Abby out. In fact, she’s the character that we’re perhaps most excited to see. Although she wasn’t well-received by the fans for numerous reasons, it doesn’t matter whether you love her or hate her — there’s no denying her importance to the story. She sets Ellie off on her revenge mission and provides us with a villain that’s just as easy to loathe as she is to sympathize with. We’d imagine that HBO’s Abby would be just as ruthless as her video game counterpart, but there’s only so much explicit gore that can be aired on television, so there’s bound to be some changes to her role in Joel and Ellie’s lives.

That being said, one of the main issues The Last of Us fans had with Abby is that she was a playable character in Part II… and it didn’t sit well. Since they won’t be controlling Abby in the television series, maybe there’s room in people’s hearts for Abby yet, even if she does some unforgivable things. We even took the liberty of compiling a list of actresses who could nail the Abby role. Abby’s interactions with Ellie, in particular, would make for a powerful cinematic experience.

Don’t worry, we also put together a list of actresses who could play Dina, so we’re prepared for her to make an appearance in the series as well. Initially introduced as the girlfriend of Jesse, a local survivor who runs the patrols in the QZ (Quarantine Zone), Dina begins to catch romantic feelings for a now-18-year-old Ellie and the pair start dating. After a fateful encounter with Abby, Ellie proposes a plan to hunt her down and exact her revenge, which Dina is hesitant to encourage. In the end, she agrees to accompany Ellie on her quest, even if the whole situation doesn’t bode well for either of them.

There’s a lot of heartfelt moments between Ellie and Dina, so she’s infinitely important to both Ellie’s story and the overarching narrative. We won’t spoil anything for any non-gamers, but there’s also a reveal concerning Dina later down the line that makes things all the more complicated, especially where Abby is involved. There’s a lot to be explored with Ellie’s character regarding her budding relationship with Dina and the pair of them navigating adulthood.

Lev is a Seraphite, which is the name of the cult that Abby encounters during her missions. Since Lev is transgender and it’s frowned upon to alter one’s appearance so harshly and go against one’s assigned gender, both Lev and his sister, Yara, defect from the cult and become fugitives. The Seraphites regard Lev and Yara as outcasts, considering them to have betrayed their own kind. When Lev meets Abby, we learn more about how he was repeatedly shunned and deadnamed (using a transgender individual’s disowned birth name) during his transition.

Lev’s inclusion in the story would not only be a massive win for the LGBTQ+ community — and particularly the transgender community — but Lev also plays an important part in Abby’s character development. He essentially softens Abby up and encourages her to shed the hard-bitten exterior that makes her an effective soldier, instead opening her heart to forgiveness and empathy. Plus, what’s not to like about Lev? He’s a 13-year-old child capable of shooting a bow and arrow. What more needs to be said?

One of Abby’s friends, Mel was initially at odds with Abby due to their history together. When we first meet Abby, she’s jealous of Mel for moving in on her territory and stealing he ex-boyfriend Owen away from her. In flashbacks, we see Abby and Owen forming a romantic and sexual relationship, only for them to eventually part ways and allowing Owen to meet Mel, a fellow survivor. Very early on, pretty much as soon as we meet Abby, we learn that Mel is pregnant with Owen’s child. As the story progresses, Abby warms to Mel and the former considers the latter a friend of hers.

Again, no spoilers, but Abby is fiercely over-protective of Owen and Mel, especially after learning that Mel is with child. She eventually lets go of her grudge and supports the new couple. Aside from her significance in Abby and Owen’s stories, Mel is also extremely badass in her own right. Even while heavily pregnant, she’s able to fend off Infected and look after herself. If Lev is the staple of the transgender community, Mel is the symbol for strong, independent women everywhere.

She’s not too involved in Abby’s story as Lev, but Yara’s presence couldn’t be more felt. While initially distrusting of Abby, she eventually warms to the soldier upon learning of her attachment to Lev, whom Abby feels the need to shield from the world. Yara and Lev’s unbreakable bond manages to move Abby and allow the trio to work side-by-side, even if Abby originates from the same militia that guns down Seraphites left and right.

Since Yara and Lev are rebels, they decide to join forces with Abby and give payback to the Seraphites who cast them out. Yara goes through some pretty heavy stuff, but watching her befriend Abby after a bumpy start is a complete delight. She’s a stand-out addition to the cast and there’s more weight to her role in Abby and Lev’s stories than can truly be communicated through the visuals. There’s an emotional connection there that would be magical to see unfold.