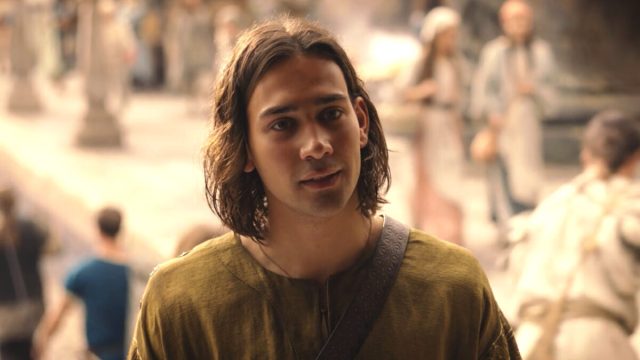 With only one episode left to go, The Lord of the Rings: The Rings of Power has a lot of questions to answer.

Some of these will inevitably remain going into season two, and even beyond, but several of the plot lines from season one demand resolution before the final credits roll. One of these questions revolves around Isildur, a character Lord of the Rings fans know well. He was introduced in his youth in Rings of Power, a boyish and earnest young man who fights an internal war between loyalty and destiny.

In the Lord of the Rings films, Isildur is largely a negative side-note. He represents the failure of all men, even after his victory in the War of the Last Alliance. For those with a foggy memory of the early notes in The Fellowship of the Ring, Isildur’s father was felled by Sauron in the great, definitive battle of the war, and Isildur nearly lost his life as well. Before he could, however, Isildur took up the remains of his father’s shattered sword and cut the One Ring from Sauron’s hand, seemingly killing the Dark Lord and ending the war.

This act gives Isildur ownership of the Ring, but its power quickly corrupts him. When presented with the opportunity to destroy the Ring in the fires of Mount Doom, Isildur refuses, dooming Middle-earth to another war in the distant future. Eventually, he is killed and the Ring is lost to the ages.

Up until Rings introduced him in his youth, this was largely all that was known about Isildur. His role is obviously important in the future of the story, but Rings has already shown its comfort level with shifting up the known Tolkien lore. Galadriel’s husband, Celembor, also appears in the Lord of the Rings films, but he was recently “confirmed” as dead in the prequel series. Could this mean that Isildur’s fate was truly sealed in that burning building, or will Elendil’s son return to play out his dark destiny?

Despite a huge number of negative reactions to Rings of Power’s supposed retconning, it seems massively unlikely that the show is actually altering any of the stories that appear in Peter Jackson’s trilogy of films. Any instances of seeming retconning is more likely an attempt by the series to change things up, and keep fans guessing.

So no, Isildur is not dead. His role in the War of the Last Alliance is simply too important. That’s not to mention the need for his genetic line to continue, if viewers ever want to see Aragorn born.

Keep in mind, as you internally criticize the show runners for pulling this bait-and-switch, that not everyone watching Rings of Power has seen The Lord of the Rings. This show isn’t just for die-hard fans — though it certainly appeals to them in particular — and its shaping its story around a broad audience. There is a reality in which viewers can witness the entirety of Rings of Power before ever laying eyes on the Peter Jackson trilogy, and thus have no idea of what Isildur’s role will be. This fake-out death is largely for those viewers, who genuinely might believe that Elendil’s courageous young son is dead.

The rest of us can be content in the knowledge that Isildur has plot armor far too thick to ever waver, at least until the time is right. He has a destiny to carry out, and until he does so Elendil’s first-born is here to stay.