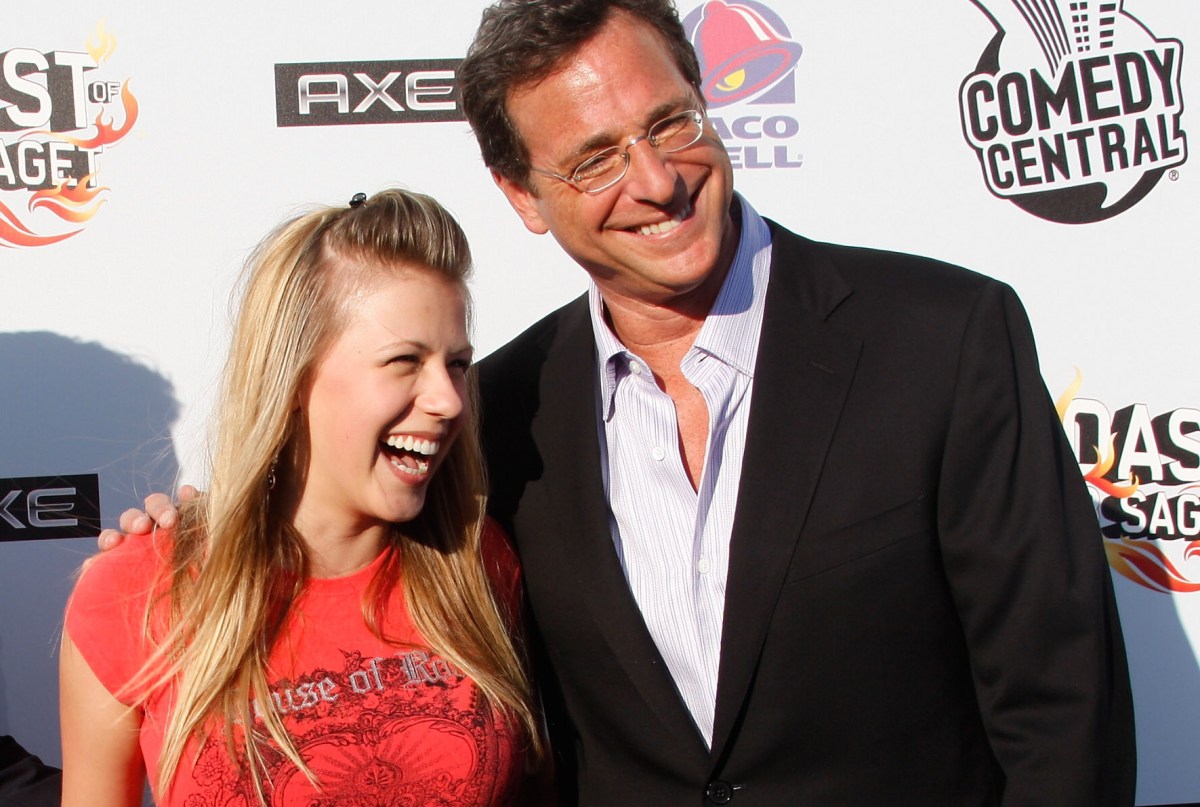 Jodie Sweetin is the latest Full House cast member to pay tribute to Bob Saget, a day after the 65-year-old was found dead in an Orlando Ritz-Carlton hotel. Like several of her costars, Sweetin took to social media to share some tender and funny memories of the man who was widely likened to “America’s Dad” in addition to being her own TV father.

“There aren’t enough words to express what I’m feeling today,” Sweetin wrote on Instagram, along with a few photos of Saget taken over the years. “Nor are they big enough to capture even a slice of who he was.”

Like Andrea Barber, who played Kimmy Gibbler on the long-running series and also starred in the Netflix revival, Fuller House, Sweetin recalled how Saget never missed an opportunity to tell those he cared about how much he loved them. She also spoke about their shared interests in music, comedy, and penchant for inside jokes — as well as recalling various memories over the years, such as when Saget and Dave Coulier danced at her 13th birthday party or when she spent weekends at his house with his daughters.

“These are just a few of the special memories I hold in my heart and that keep playing on the carousel of memories in my mind,” she wrote. “I’ll miss you, Bob. I’ll make sure and tell an inappropriate joke at your funeral. In your honor. I know you would’ve wanted that.”

“But you were supposed to be here longer… How Rude,” Sweetin wrote, in reference to the catchphrase often proclaimed by her Full House alter ago Stephanie Tanner.

“Thank you all for the love,” Sweetin wrote, adding that between Saget’s “amazing wife” Kelly Rizzo and Full House family, that they would “get through this together.”

In a follow-up post, Sweetin shared a photo and tribute from the Full House entire cast along with series creator Jeff Franklin.

“Thirty-five years ago, we came together as a TV family, but we became a real family. And now we grieve as a family,” Sweetin wrote. “Bob made us laugh until we cried. Now our tears flow in sadness, but also with gratitude for all the beautiful memories of our sweet, kind, hilarious, cherished Bob. He was a brother to us guys, a father to us girls, and a friend to all of us. Bob, we love you dearly. We ask in Bob’s honor, hug the people you love. No one gave better hugs than Bob.”

May we all be so fortunate to have someone as special as Bob Saget touch our lives. The cause of death is still unknown, however, police have said that no evidence of foul play or drug use at the scene.